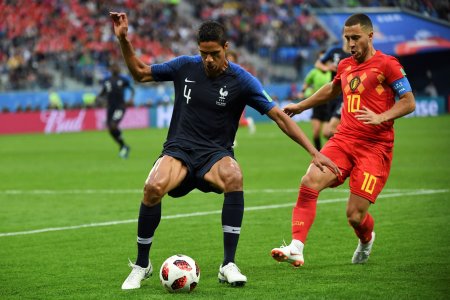 “France’s 1-0 victory over Belgium wasn’t quite the match it might have been. With four of the world’s most exciting attacking talents on the pitch together, a variety of dynamic midfielders and centre-back pairings comfortable in a high defensive line, this could have been fast-paced, frantic, end-to-end. Instead, it was something different entirely, based around patience, turnovers and the odd counter-attack. It was intriguing rather than enthralling, and the first goal was always likely to be crucial. With the exception of Blaise Matuidi returning following suspension, Didier Deschamps’ starting XI is now set in stone.” Independent – Michael Cox

This entry was posted on Friday, July 13th, 2018 at 9:40 pm and is filed under Belgium, Football Manager, France, Michael Cox, World Cup 2018. You can follow any responses to this entry through the RSS 2.0 feed. You can leave a response, or trackback from your own site.