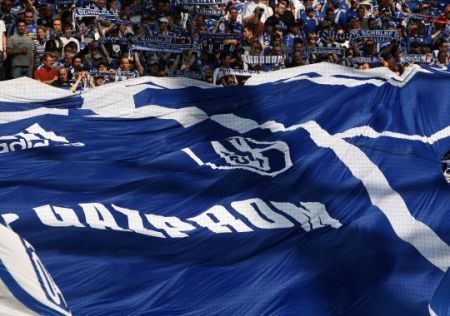 “How does one begin to comprehend the manner in which football and politics have become so inextricably linked? It is disturbing to contemplate that such a truly global sport is quite possibly one of the most corruptible institutions in the modern era. It has got to the point where there are simply too many issues upon which we must turn a blind eye in order to replicate the perceived naivety of days gone by – with the game finding that its hands are increasingly tied behind its own back. Such a situation is glaringly apparent in Eastern Europe, where discussions have continued over the viability of the formation of a league system comprising of sides from Russia and Ukraine.” SFUnion

“With the Champions League round of 16 underway, today on the blog Jonathan Wilson shares with us 5 great European moments of seasons gone by.” bettingexpert – Jonathan Wilson

“Make yourself irreplaceable and you probably won’t be replaced. Ask Ashley Cole, who played pistols at dawn with an intern without telling him, but wasn’t sacked. Ask Carlos Tevez, who refused to play for Manchester City once, but had his second (or is it third?) chance against Chelsea. Don’t ask Jacob Mellis, the Chelsea reserve who thought that smoke bombs were funny and found out yesterday that his club (at least in public) didn’t, when they sacked him for using one. The factomundo is: Premier League morality is utility: if they want you, you make your own rules. Mellis was sackable because he wasn’t a first team player like Cole; Tevez returns to City because they’ve stopped scoring goals and he tends to do that when he’s not away in Argentina playing golf. It’s old news.” The Score

Show Me Something I Can’t See

“When I was a teenager in the 1970s, football was rarely shown ‘live’ on TV. If you couldn’t go to the game, the next best thing was to listen on the radio as the commentator described what the listener could not see. ‘This player passes to that player. One player tackles another player. Someone shoots and someone else saves’. You could tell when the action was moving towards one of the goals by the change of gears in the commentator’s voice. Moving from interested, through excited, reaching ecstatic anticipation (and usually rapidly deflating un-fulfilment). It was the listener’s job to provide the pictures in our own imaginations.” Tomkins Times

Cerci finally lives up to hype

“Every now and again Alessio Cerci still thinks about it. Why wouldn’t he? Things could have been so so different. Watching Manchester City dramatically win the Premier League title in stoppage time on the final day of last season, a part of him presumably thought that it should have been him. Roberto Mancini had apparently wanted to buy Cerci from Fiorentina ahead of that campaign. ‘He’s the best winger in Italy,’ the City manager supposedly said. Yet his interest in Cerci was quite surprising.” Pitchside Eurosport