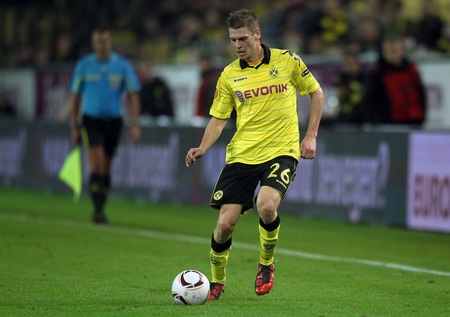 Luuk de Jong
“A glance at the odds provided by European bookmakers for who will be named player of the tournament at Euro 2012 offers something of an insight into who fans are likely to be lauding when the event ends in Kiev on July 1. Cristiano Ronaldo, Franck Ribéry, Mesut Özil, Robin Van Persie, Wayne Rooney, Xavi. They are the elite of the elite, and they’re all listed.” NYT (Video)

“Luka Modric is an unusual footballer. The Croatian midfielder, who plays his club football in the Premier League for Tottenham Hotspur, is the strangest of players: a star who doesn’t seem to shine. For the first few minutes that you watch Modric in action, it’s difficult to work out exactly what he does. He gets the ball and gives it to someone else who promptly runs off and does something much more exciting with it. Then he runs — but not very fast. And look — now look at him. He’s standing still. And he’s raising his arms in triumph.” ESPN

“Whatever happens at this tournament, Euro 2012 will be an improvement on the sheer embarrassment of World Cup 2010 for France. The off-field problems meant it was almost impossible to determine how good a side France could have been, and therefore it’s difficult to judge how well Laurent Blanc has performed. But then, repairing the morale of the squad was key, and Blanc seems to have handled that well; his side are now on a 22-match unbeaten run.” Zonal Marking

Euro 2012 preview: Ukraine
“It’s difficult to make a case for Ukraine performing well at this competition. They have home advantage, of course (they wouldn’t be here otherwise) but in the long-term they’ve had four coaches in four years, and in the short-term their squad has been suffering from food poisoning, which has hampered pre-tournament preparations.” Zonal Marking