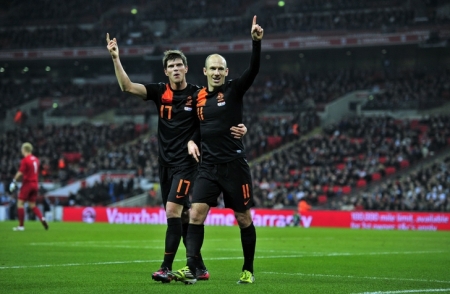 Klaas Jan Huntelaar and Arjen Robbe
“Team-by-team previews are on their way later today. But, to save repetition in many articles, here are some general themes based upon recent international tournaments…” Zonal Marking

Euro 2012 preview: Holland
“After a reputation for playing beautiful football was undermined by Holland’s brutal performance in the 2010 World Cup final, Holland’s strategy in the past two years has been an interesting balancing act – Bert van Marwijk wants to look as if he’s moved on to a more open style of football, but remains reluctant to abandon the structure and functionality that took Holland to the World Cup final in the first place.” Zonal Marking

Euro 2012 preview: Germany
“They didn’t win the competition, but Germany hit the greatest heights at World Cup 2010. While Spain embarked on a series of controlled but rather uninspiring 1-0 victories, Germany hit four goals past Australia, England and Argentina.” Zonal Marking

Euro 2012 preview: Czech Republic
“Michal Bilek hasn’t been particularly popular during his time as Czech Republic coach, but he has assembled a well-organised, functional side that mixes experience with youth.” Zonal Marking

Euro 2012 preview: Greece
“Greece aren’t overwhelmingly different from the team that shocked Europe to win Euro 2004. They’re not as extreme in their negativity, and not as effective, but are still broadly defensive and their main threat will come from set-pieces.” Zonal Marking

Euro 2012 preview: Italy
“In many ways, Cesare Prandelli isn’t a typical Italian coach. He’s a highly intelligent man, but one doesn’t think of him as a pure tactician like Marcello Lippi, Giovanni Trapattoni or Fabio Capello. He’s of an Arsene Wenger figure – he wants an overall, attacking philosophy rather than lots of specific tactics, and likes developing young players to suit his footballing identity.” Zonal Marking

Euro 2012 preview: England
“Roy Hodgson was the right choice as England coach – at least in the short-term – but realistically, you can’t expect a side to play good football when their coach is appointed a month before the tournament.” Zonal Marking

Euro 2012 preview: Croatia
“Of the 16 teams in this competition, Croatia are one of the hardest to define. They seem trapped between a few different ways of playing, and don’t have a specific footballing identity.” Zonal Marking

Euro 2012 preview: Sweden
“For the first time since World Cup 1994, Sweden are at a major international tournament without Lars Lagerback. Now in charge of Iceland, Lagerback was at the helm for so long (first as a joint-coach with Tommy Soderberg, then in sole charge) that his footballing style -organised, defensive – became merged with Sweden’s footballing style, to the point where it was difficult to tell the difference between the two, at least to an outsider.” Zonal Marking

Euro 2012 preview: Denmark
“It’s impossible to think of Denmark at the European Championships without thinking of their astonishing victory 20 years ago. Then, they triumphed at Euro 92 despite not qualifying for the tournament initially…yet they’re even more of outsiders this time around.” Zonal Marking

Euro 2012 preview: Russia
“There are many lessons to take from Spain’s dominance of international football over the past few years, and an important one has been the importance of bringing a solid club connection to international level.” Zonal Marking

Euro 2012 preview: Ireland
“It is a decade since Ireland last qualified for a major international tournament, and the three biggest stars from the 2002 World Cup will represent Ireland again here – Shay Given in goal, Damien Duff on the wing and Robbie Keane upfront.” Zonal Marking

Euro 2012 preview: Portugal
“Such is their habit for producing a certain type of footballer, it rather feels like we’ve encountered a Portugal side with these strengths and weaknesses many times before.” Zonal Marking

Euro 2012 preview: Poland
“Poland come into this tournament with the lowest world ranking of the 16 competitors, but they are certainly not the weakest side in the competition.” Zonal Marking

“‘In 1966, English football changed forever. Alf Ramsey led his wingless wonders to the World Cup and Allen Wade sat down to start writing the FA Guide to Training and Coaching, a book that, published the following year, became a Bible to a generations of coaches. Wade’s thinking chimed with that of Ramsey, whose success legitimised an approach that might otherwise have been thought of as overly negative.” Guardian – Jonathan Wilson 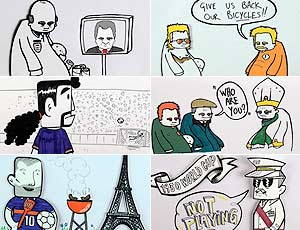 “James Richardson rounds off our series of potted animated international football histories with France, all the way from early humblings at home to old rivals England and through to their three truly great teams, via dominance in their own back jardin. You can watch the Germany, Italy, Republic of Ireland, Spain and England animated histories too” Guardian – James Richardson (Video)

“A goal-rich European football season suggests Euro 2012 could be a high-scoring tournament, despite the likely preponderance of apparently conservative single-striker formations. The 2011-12 campaign was one of the most prolific in the modern history of the European game. Barcelona and Real Madrid both smashed through the 100-goal barrier in La Liga, the Catalans amassing 114 goals and champions Madrid plundering 121 to obliterate the 107-goal season record set by John Toshack’s Madrid side in 1989-90.” Football Further

“The UK’s wartime leader undoubtedly had many virtues, but an interest in football was never amongst them. Nonetheless, however unintentionally, his above quote accurately summarises the current position of Liverpool FC, because if ever a football club has reason to be proud of its history and traditions, it’s Liverpool. At the same time, if ever a football club was at risk of that same tradition becoming an unintended euphemism for inertia and underachievement, it’s also Liverpool. Churchill is perceptive in his counselling that the past is there to be respected but should not be allowed to dictate the present.” Tomkins Times 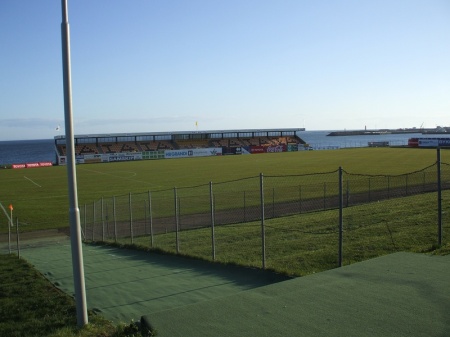 “With a population smaller than Leicester, one can acknowledge with respect why Iceland have never featured in a major international tournament. Since their first official international match in 1946 against Denmark (a 3 – 0 victory), the minnow nation has reached a high of 37 in the FIFA rankings in 1994 and has produced some impressive players over the years. With the Úrvalsdeild, or Icelandic Premier League to us, only attracting an average of 1,205 during the regular season which runs over the spring and summer months due to the harsh Icelandic winters, it is hardly a European heavy-weight.” In Bed With Maradona

Once a fan favorite, Franck Ribery seeks redemption in Euro 2012

“Like all the best rags-to-riches stories, this one has a twist. In fact, Franck Ribery’s story dovetails nicely with that of the France national team: both were loved and supported after reaching the 2006 World Cup final, and both were vilified following the strike threat in protest of Nicolas Anelka’s exclusion from the squad four years later. Neither has been completely forgiven, but Euro 2012 offers the perfect opportunity for redemption.” SI