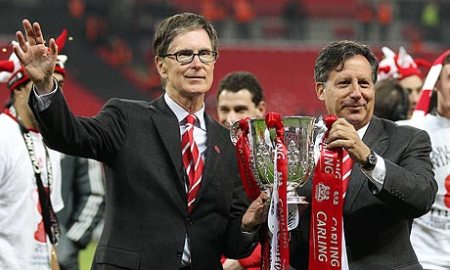 “This has been a strange season for Liverpool. On the one hand, they have won their first trophy since 2006 by beating Cardiff City to secure the Carling Cup, which guarantees them European football next season, and have the chance of more silverware, having reached the FA Cup final. On the other hand, their form in the Premier League has been disappointing to say the least and they currently lie in eighth place, which is far below the expectations of their fans.” Swiss Ramble

Chelsea 2-1 Liverpool: Chelsea lift the trophy
“Chelsea won their fourth FA Cup in the last six years. Roberto Di Matteo went for his usual 4-2-3-1 system with no real surprises – Didier Drogba was upfront and Saloman Kalou got the nod on the left. Kenny Dalglish left out Andy Carroll and went for a 4-3-3 system with Luis Suarez upfront alone. There was also no place for Jamie Carragher at the back. This was basically two completely separate games – Liverpool before Carroll, and Liverpool with Carroll.” Zonal Marking

England appoint Roy Hodgson
“If the decision was between Harry Redknapp and Roy Hodgson, England were choosing between two very different coaches. The debate should not have been about ‘experience at big clubs’ or ‘how much the players like him’, but about the style of coach required: in Redknapp and Hodgson, the FA were choosing between two men at complete opposite ends of the football coach’s ideological spectrum, the most stark contrast of managerial philosophies you can find.” Zonal Marking

Ajax: the early years and the birth of Total Football

“Known in the Netherlands as ‘de Godenzonen’, a name that translates into English as ‘the sons of the Gods,’Ajax Amsterdam has, for the majority of their 112 year history, carried with them an almost messianic status, not only in their home nation, but across the world football spectrum.” World Soccer

Inter 4-2 Milan: Inter build up play down the left, then spread it to the right

“This was a rather eventful Milan derby – not only were there six goals (including three penalties), but the result confirmed Juventus as Serie A champions. The game was frantic, open and often lacking any kind of shape or structure, which was completely unexpected when the line-ups were announced – it set to be a battle of two narrow, functional 4-3-1-2s.” Zonal Marking

“Vincent Kompany’s header won the game – and City returned to the top of the league. As expected, Roberto Mancini named an unchanged XI. That meant Pablo Zabaleta continuing at right-back, and Samir Nasri starting wide in midfield. Sir Alex Ferguson switched formation to a 4-5-1 with Wayne Rooney upfront alone. Ryan Giggs and Park Ji-Sung were given starts in in midfield, while Nani was used rather than Antonio Valencia on the right. Jonny Evans was ill and Rafael was dropped, so Chris Smalling and Phil Jones were at the back.” Zonal Marking

The Truth About Debt At Barcelona And Real Madrid

“Despite their failure to reach next month’s Champions League final, Barcelona and Real Madrid are by common consent the best two club sides in world football. Featuring superstars such as Lionel Messi and Cristiano Ronaldo, their talented players entertain and delight us in equal measure, as they dominate La Liga season after season. However, admiration of their exploits is tempered by the financial advantages that they enjoy compared to other less fortunate clubs.” Swiss Ramble