Embarrassing Defeats and Some Lessons From History 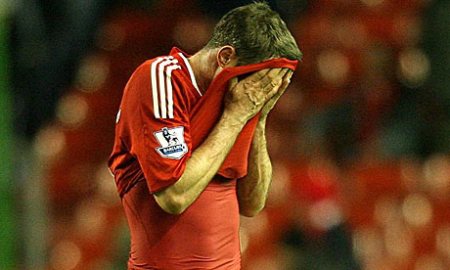 “So apart from losing 0-4, having two men sent off and one taken off injured, everything went according to plan at White Hart Lane then! It was a sobering defeat and awful performance alright, the sort we don’t get too often, mercifully, and on a par both quantitively and qualitively with the worst of them. But not unprecedented. And where can you look for context, for solace, other than history? How often do these heavy defeats happen and what can we learn from them? How were we doing at the time they happened – in a trough already or did they come out of the blue? – and what effect did they have on us subsequently? Can we find any comfort from heavy defeats in the past?” Tomkins Times

This entry was posted on Tuesday, September 20th, 2011 at 7:18 pm and is filed under FC Liverpool. You can follow any responses to this entry through the RSS 2.0 feed. You can leave a response, or trackback from your own site.