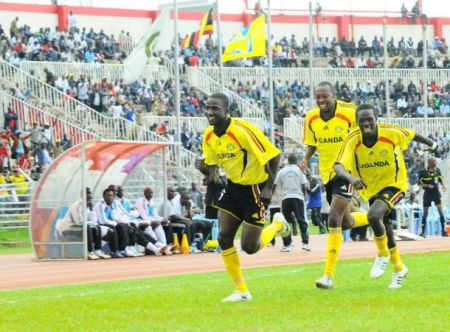 African Nations Championship – Uganda
“While the Asian Cup may be drawing to a conclusion with Japan facing Australia in the final on Saturday, keen observers of international football don’t have long to wait until their next fix. The second African Nations Championship (CHAN) gets underway on 4th February in Sudan, a tournament similar to the Africa Cup on Nations but with the fundamental difference that it is open only to players who play their football in their domestic leagues.” The Equaliser

“Liverpool’s renaissance under Kenny Dalglish continued as victory over Fulham lifted them into their highest Barclays Premier League position of the season. It was not the most notable of performances, although there were plenty of spells of good football from the hosts, as John Pantsil’s second-half own goal divided the teams.” ESPN

Future stars on display in the South American U-20 Championships

“Here’s a date for your diary. On Sunday Feb. 6 I can’t believe there’s anything more fascinating taking place in the world of soccer than the clash between Argentina and Brazil in the South American U-20 Championships. Whatever might be happening in England, Spain or anywhere else, this is the date when the city of Arequipa in the south of Peru can claim to be, for 90 minutes at least, the capital of the global game.” SI – Tim Vickery 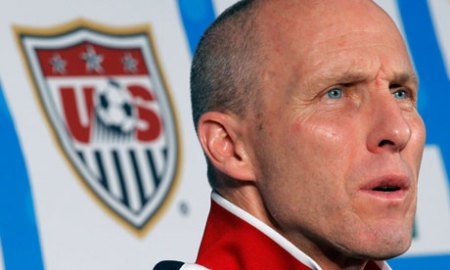 Bob Bradley
“The secret is out on Bob Bradley: The U.S. coach has some tactical wanderlust in him, after all. We all raised a curious brow at that dalliance with the 4-2-3-1 formation late last year, a walk on the wild side for a man previously tied to a 4-4-2. Fans wondered if it was just a brief fling. Now they may be nodding with approval at something that looks more like a steady thing.” SI

“Rather luckily for FIFA, there seems to be no way of measuring how much the phrase ‘FIFA’ has come to refer to the video game as opposed to world football’s governing body. And yet the story of FIFA the video game franchise is in many ways a celebration of the power of social marketing and the tremendous rewards it can bring to those who dare to innovate. And spend. It is a story that spans two decades.” The Oval Log

“Duisburg beat Kaiserslautern in the quarter-finals of the DFB-Pokal as Milan Šašić got one over his former employers. Goals from Branimir Bajić and Goran Šukalo in either half saw the second division side beat their top-flight visitors comfortably at the noisy Schauinsland-Reisen-Arena. They’ll now join fellow 2. Bundesliga side Energie Cottbus in the last-four of Germany’s premier cup competition.” Defensive Midfielder

Videos of the Week: Non-League Special

“It’s time for a bit of a non-league round-up (as is our wont at this time of the week), with highlights of three matches from the last couple of weekend’s worth of matches. First up, we’re taking the opportunity to catch up with one of the matches from the weekend of the 15th of January, with the FA Trophy Second Round match between Blyth Spartans. To people of a certain edge, hearing these two names together will send a shiver down the spine. Blyth Spartans, of course, made the Fifth Round of the FA Cup in 1978 and the Quarter-Finals of the FA Trophy in 1980 and 1983 (beating Altrincham on the way).” twohundredpercent