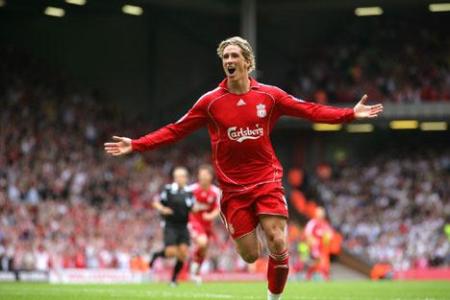 “In the space of six months, all three of English football’s historical triumvirate – as well as its future force – have seen those idols their fans treasure above all others threaten to reject that devotion. Fabregas asked Arsène Wenger to allow him to move to Barcelona; Rooney informed Manchester United he would not sign a new contract; Tévez pleaded with Manchester City to release him from his £160,000-a-week bondage at Eastlands. And now Torres, first “verbally intimating” to Liverpool that he wishes to join Chelsea, then handing in a transfer request.” Telegraph

Liverpool selling Fernando Torres would be a sign of self-confidence
“Football’s most powerful clubs prosper by expelling those who no longer want to work there. The institution asserts its power over the individual. These partings can be painful, and appear calamitous, but there is always another talent out there to be hired. The club renews itself, the departing star is doomed one morning to retire.” Guardian

“Everton and Chelsea drew 1-1 for the second game running. David Moyes used Jack Rodwell behind Louis Saha, in a 4-4-1-1 system. Diniyar Bilyaletdinov replaced Leon Osman on the left of midfield. Carlo Ancelotti welcomed Frank Lampard back into the side, dropping Jon Obi Mikel and using Michael Essien as the holder. The rest of the side was as expected.” Zonal Marking

Japan 1-0 Australia: late extra time winner
“Tadanari Lee scored a superb volley – his first ever international goal – to win the 2011 Asian Cup. Alberto Zaccheroni made two changes to the side which beat South Korea on penalties. Shinji Kagawa was out injured, so Jungo Fujimoto started and Shinji Okazaki moved to the left. At the back, Maya Yoshida was available again after suspension, and replaced Daiki Iwamasa.” Zonal Marking

Inside the Egyptian revolution

“Recorded shortly before Friday prayers (yesterday), this discussion with three Egyptian political activists in Cairo reveals more about the passions that are driving the Egyptian revolution than any amount of analysis from outside observers. The political power now unleashed across Egypt will topple the Mubarak regime not in spite of being leaderless but because it is leaderless — because it has no ideological or social bias but truly represents the will of the people. …. ‘The ultras — the football fan associations — have played a more significant role than any political group on the ground at this moment,’ Alaa said. ‘Maybe we should get the ultras to rule the country,’ he joked.” War in Context 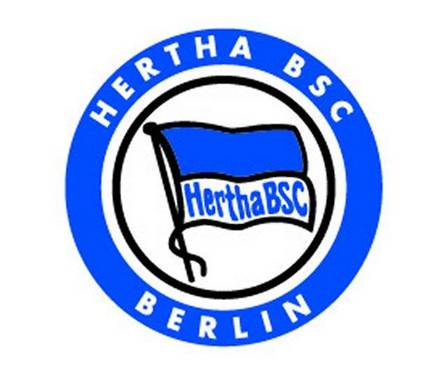 “Hertha comfortably beat Arminia to notch up their 13th win of a professionally conducted 2. Bundesliga campaign. The home side created a nervy last few minutes when Josip Tadić scored in the 85th minute after their first incisive through-ball of the match (Christian Müller). But the away side fully deserved the win, and will go into next week’s derby against Union on top of the league and feeling on top of the world.” Defensive Midfielder

AZ 6-1 VVV
“Kolbeinn Sigþórsson grabbed a quintuple as Gertjan Verbeek’s side grabbed their first win at home since November. Graziano Pellè got an 89th-minute winner when these sides met at De Koel earlier this season, but there was never any danger of AZ needing a late match-clincher this time. The game was sealed just shy of the quarter-hour mark, but perhaps that was unsurprising – Venlo have been on a torrid run of form in the league recently, with no win since November 5, and now 25 goals leaked in the last eight games.” Defensive Midfielder

Super rich at the Super Cup in Super Monaco

“One of the must see places in Europe during your lifetime has to be Monte Carlo, or Monaco to give it its true name. Essentially Monte Carlo is the main town within the principality of Monaco, but as the place is so small there isn’t really room for any other habitats and so the names tend to be interchangeable. The fact still remains though that it ranks up there as one of THE places to be seen in. However, whilst other high class spots such as Marbella, Cannes and Portofino are definitely the playground of the rich, Monaco is actually a place of work.” The Ball Is Round

The adventures of a Motor Man

“It is not often you walk away from a football match counting how much money you have left in your wallet and thinking that you must have had a hidden £20 in there. Admission, programme, beer, plate (yes PLATE) of chips and still change from a tenner (almost) is a bargain in anyone’s book irrespective of the twenty two players running around a muddy pitch.” The Ball Is Round