Are Soccer Fans the Unsung Heroes of Egypt’s Uprising?

“Everyone from the Muslim Brotherhood, to labor unions, to Wikileaks are being credited for contributing to Egypt’s uprising. But what about hardcore soccer fans? These guys are better at tangling with cops than just about anyone. When asked about the role of political groups in organizing protests, prominent Egyptian blogger Alaa abd El-Fatah told Al Jazeera today: ‘The ultras – the football fan associations – have played a more significant role than any political group on the ground at this moment.'” Gawker

Soccer clubs central to ending Egypt’s ‘Dictatorship of Fear’
“Over the decades that have marked the tenure of Egypt’s “President for Life” Hosni Mubarak, there has been one consistent nexus for anger, organization, and practical experience in the ancient art of street fighting: the country’s soccer clubs. Over the past week, the most organized, militant fan clubs, also known as the “ultras,” have put those years of experience to ample use.” SI

Egypt’s Soccer Revolution
“He was wearing a soccer replica-uniform but he was not on his way to watch a game but to Tahrir Square in Cairo to tackle Mubarak and his regime. Some reports from the region suggest that Egypt’s soccer fan organizations, known as Ultras, have been on the vanguard of the country’s revolution. An Egyptian blogger, Alaa Abd El Fattah, was quoted on Al Jazeera, – ‘the Ultras have played a more significant role than any political group on the ground.'” SFGate

‘Ultra’ soccer fans at heart of Egyptian protests
“‘Ultra’ soccer fans in Cairo long have had a reputation for street fighting. This past week, they’ve turned their fury from rival clubs and countries to the government. Alaa Abd El Fattah, a prominent Egyptian blogger, said in an interview seen on Al Jazeera, ‘The ultras – the football fan associations – have played a more significant role than any political group on the ground at this moment.'” SFGate

Non-League Videos of the Week

“It’s time, then, to wind down with our weekly selections of non-league highlights from the last seven days. Our first match this evening comes from Twerton Park, and it’s the Blue Square Premier match between Bath City and Wimbledon. Wimbledon are still chasing a place in the Football League and needed three points from their trip to the west country from this match. Bath, however, may still harbour hopes of a place in the play-offs at the end of the season and provided a stiff test for the team that has spent much of the last few months at the top of the table.” twohundredpercent

“2-0 down at half-time, Leonardo gave Giampaolo Pazzini his Inter debut and the game changed dramatically. Leonardo made various changes to his side, but kept the 4-3-1-2 shape he’s used since taking over as manager. Diego Milito returned upfront, Coutinho started as a trequartista. Delio Rossi used his usual 4-3-2-1 system with his expected eleven players – there can’t be many more consistent starting XIs in Europe than Palermo’s.” Zonal Marking

Heerenveen 1 –4 Groningen: A tale of the centre-backs
“Groningen beat Heerenveen for the second time this season. Not only does this mean a second victory over their main rivals after previously beating them 1-0 at home, it also means a second victory of Pieter Huistra over his predecessor Ron Jans. Three important points for Groningen as they maintain their current fourth spot in the Eredivisie which would guarantee Europa League football next season.” 11 tegen 11

Southampton 1-2 Manchester United: Ferguson’s switch back to a system with width turns game
“Manchester United yet again came back from an awful first half display to take the win. Nigel Adkins was without key playmaker Adam Lallana, so went for a fluid 4-3-1-2 / 4-3-3 system. Sir Alex Ferguson made numerous changes, and he also lined up with a 4-3-1-2.” Zonal Marking 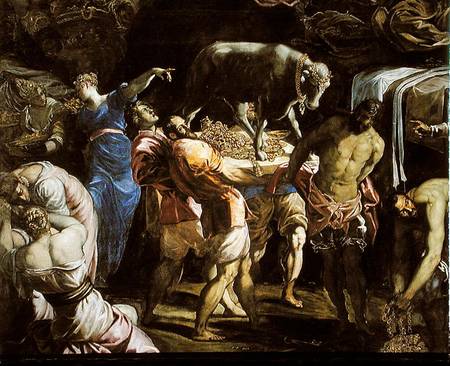 Adoration of the Golden Calf, Jacopo Robusti
“For the first couple of seasons at Liverpool, Fernando Torres was the most complete striker I’d ever seen at the club; Ian Rush’s pace and finishing prowess, but with the ability to also beat defenders with skill and hit a wider variety of strikes. He seemed humble, hard-working and devoted to the club. He was perfect. While his goalscoring remained impressive last season, in spite of injuries and the team’s struggles, his attitude had changed from that of someone grateful to be at the club to that of someone who often looked moody and disinterested, and far too concerned with getting into verbal spats with opposition players. He’d explode into life, but also descend into sulks, as was noted many times. Being managed by Roy Hodgson only deepened his visible depression.” Tomkins Times

Football Weekly podcast: The Torres transfer and a bad romance
“Barry Glendenning makes his return to the Football Weekly pod as AC Jimbo and co look back on the all the action from the FA Cup and speculate wildly on the future of Fernando Torres and various other comings and goings on the last day of the transfer window.” Guardian – James Richardson

“It’s too early to pass judgement on the Venky’s era at Blackburn Rovers, but any last minute transfer business will give an indication of what’s to come for the Lancashire club. Sam Kelly looks at an intriguing transfer saga.” In Bed With Mardona

Real Failure Is All Barca`s Fault…

“It isn’t a lack of strikers that sees Real Madrid seven points behind Barcelona and Marca’s back page on Monday instructing the Spanish FA to blast the message from their HQ with a megaphone that the Catalan club can ‘pick up the trophy from our offices, whenever you want’.” Football 365