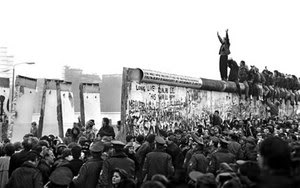 “One of the men in charge of European football when the Berlin Wall came down has told World Football the international game suffered as a result. Gerhard Aigner – a German himself – was General Secretary of UEFA on 9 November 1989. He was speaking on World Football’s special programme on Football and the fall of the Berlin Wall.” (BBC)

This entry was posted on Monday, November 9th, 2009 at 7:43 pm and is filed under Uncategorized. You can follow any responses to this entry through the RSS 2.0 feed. You can leave a response, or trackback from your own site.