No love lost between Egypt and Algeria

“The bid to represent Africa at the continent’s first World Cup finals reaches its climax this weekend, with six teams harbouring hopes of taking the last three available places. Yet threats of violence in the Egyptian capital Cairo are overshadowing Africa’s final round of qualifiers as the Pharaohs host Algeria in an explosive encounter on Saturday. The bitter North African rivals are fighting for Group C’s World Cup ticket – while Group A’s will be decided by Cameroon or Gabon, and Group B’s by Tunisia or Nigeria.” (ESPN)

“This playoff matchup of World Cup finalist and one of Europe’s feisty minnows promises high tension, few goals, but an intriguing contest. It’s about the managers, mostly. With failure, one is on the brink of being the laughingstock of Europe, known for being charge of a team of talents he has led to disaster. The other is a winner no matter what happens.” (NYT)

Gourcuff and Benzema fear play-off date with Ireland
“France stars Yoann Gourcuff and Karim Benzema give off the impression that they have been pinned back on the ropes for a little too long as they prepare for Saturday’s World Cup play-off against the Republic of Ireland.” (ESPN)

“From Pitaco do Gringo’s Brazilian football blog, ‘São Paulo are the new leaders in the Brasileiro’, from 8 November, by Jon Cotteril {click here}. Campeonato Série A table {click here (SoccerStats.com)}. Although Palmeiras regained the lead Wednesday night, with a come-from-behind 2-2 draw with Sport Club do Recife, São Paulo FC look well positioned to grab their fourth consecutive Brazilian title. There are 4 four rounds to go, and all of São Paulo’s matches are against clubs lower than 9th place.” (billsportsmaps)

Borges Comments on the USMNT, Etc. 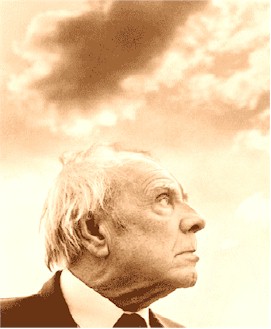 Jorge Luis Borges
“The USMNT has qualified for the World Cup, yet questions remain. Under the reign of Bob Bradley, the US has registered important and impressive away victories in both rounds of qualifying, and also made the finals of three tournaments. But two finalist appearances mask disappointing returns – a 5-0 drubbing on homesoil and a 3 goal second half collapse.” (futfanatico)

“There is a debate raging over at Football365 who is the best player of the Noughties? The answer is Zidane obviously. Henry and (Fat Ronaldo) 2nd and 3rd. Zidane still has it. He, like Cruijff, had a move named after him (The Zidane Roulette). (Left Back In the Changing Room)

“One of the best things about an obsession with international soccer is the window it opens to the world. After all, how many Americans even knew where Slovakia was located before the announcement of the friendly match against the United States, which will be played in Bratislava on Saturday (10 a.m., Eastern, live on Fox Soccer Channel)?” (NYT)