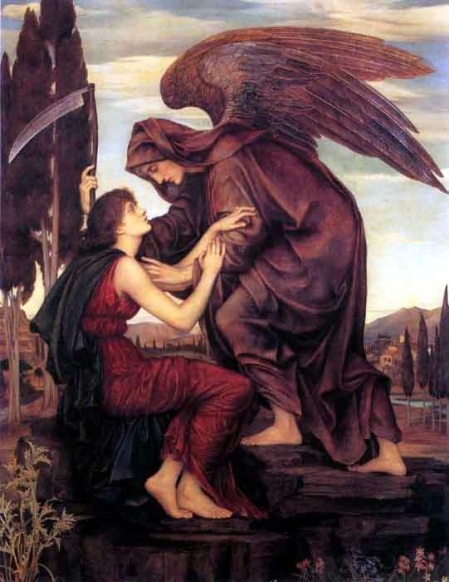 The Angel of Death, Evelyn De Morgan
“James Richardson welcomes a bumper panel of Paul Doyle, Barry Glendenning, Sean Ingle and Jonathan Wilson to discuss the week’s dramatic World Cup play-offs. The pod start by discussing the reaction in Paris and Dublin to Thierry Henry’s double handball before William Gallas’s goal, before arguing about video technology, Henry’s reputation and what, if anything, Ireland can do now.” (Guardian – James Richardson)

Henry admits replay would be fair“Under-fire France striker Thierry Henry believes a replay of the World Cup play-off with the Republic of Ireland would “be the fairest solution”. The Republic appealed to have the match replayed after an Henry handball helped France to a 2-1 aggregate victory. But their plea was rejected by Fifa, while the French Football Federation (FFF) will not advocate a rematch.” (BBC)

Thierry Henry: Replay the “fairest solution” for Ireland
“Thierry Henry has conceded that Republic of Ireland “definitely deserve” to qualify for the World Cup finals and has backed calls for a replay, even though FIFA have already ruled out such a scenario.” (ESPN)

Quick Links from Usual Suspects
“I’m working around the clock on something that will change everything, alienate half of you, and blow the minds of the other half, so don’t think I’m neglecting this place, even if actual blocks of text with my name attached have been in short supply lately. I’m here behind the scenes, listening to Annette Hanshaw records in a posture of revolutionary toil.” (Guardian)

James Lawton: Henry has never been an angel. Now he is beyond redemption
“Irish football is entitled to believe it has never seen anything so cynical, so far removed from the spirit of sport, as the devilish hand played by Thierry Henry to deny Giovanni Trapattoni’s team a place in the World Cup finals that would have been so thoroughly deserved. But then how do you draw up a ranking table of deceit when you know how far, how sickeningly, the list of precedents for Henry’s action stretches back – and how feeble has been the reaction of the authorities?” (Independent) 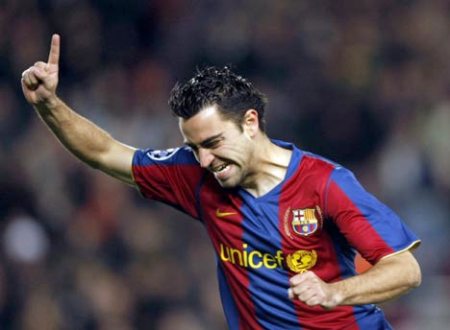 Xavi Hernandez
“Qualification is complete and now we can look forward to South Africa 2010, which kicks off on June 11. Ahead of the tournament, Football Editor Glenn Moore scouts the star players and hidden threats of all 32 teams at the 2010 World Cup.” (Independent)

“Here’s an astonishing Pathe lineup of – almost entirely – Victorian English streetscape. Because the bulk of this was shot in 1896-7, the camera was too bulky to manouvre but too new to be recognised for what it was, lending these scenes an intimacy, almost an anonymity, that Mitchell and Kenyon would neither seek nor enjoy four years later.” (James Hamilton), (1930s Film Rushes from British Pathe – James Hamilton)

“European enforcement officials said Friday that they had arrested the ring leaders of a far-reaching match-fixing cartel involving 200 soccer games in nine countries across the continent. The investigation, which was led by the German police, suggests that the sport is riddled with far more corruption at nearly all levels than fans or officials may have suspected. Announcing that 17 people had been arrested — 15 in Germany and 2 in Switzerland — prosecutors said they might have uncovered only the tip of the scandal.” (NYT)

“Riot police in the Egyptian capital, Cairo, quelled a violent demonstration near the Algerian embassy in the early hours of Friday. Egyptian protesters reportedly hurled firebombs at police protecting the embassy and overturned a police van. Egypt’s interior ministry said 35 people were injured. The clashes stem from Egypt’s defeat by Algeria in a World Cup qualifying match on Wednesday, securing Algeria the last African place for next year’s finals.” (BBC)

Match Of The Midweek: Algeria 1-0 Egypt
“It’s a rivalry that goes back decades. Some say that it’s political, whilst others point at matches from the past that have inflamed sensibilities in a world that seems to consider the art of taking offence to be the next step in the evolutionary chain. Both sides of the divide sees the other as being the absolute opposite without ever seeming to take the similarities between their two nations into account. Football is truly a global game in the twenty-first century, and Algeria versus Egypt has become one of the international games Battle Royales.” (twohundredpercent)