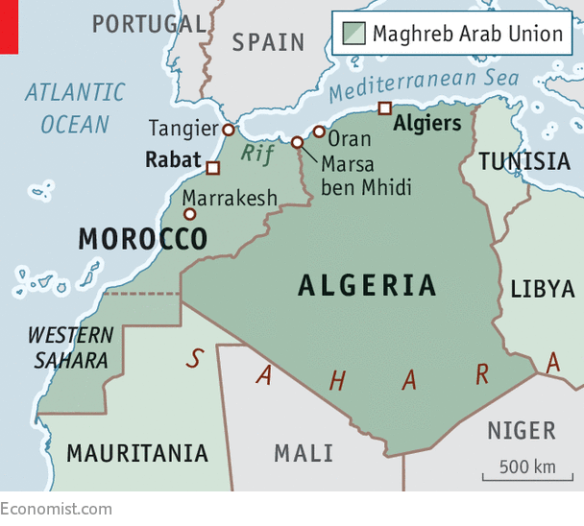 “The beautiful game is often able to unite the world, but when it comes to Algeria and Morocco, even football is failing to bridge the decades-long rivalry between the North African neighbours. The latest controversy occurred this month when Morocco withdrew from the African Nations Championship, held in Algeria. The Moroccans announced hours before the tournament began on January 13 that they would not be going because they had not been given permission to fly directly from Rabat to the Algerian city of Constantine and they refused to travel by an indirect route. …”
Aljazeera (Video)
Aljazeera: Morocco condemns ‘provocative’ acts at Algeria football cup (Video)

“If Arsenal’s 3-2 victory over Manchester United on Sunday afternoon felt particularly momentous, it’s because it was essentially two types of big win combined. On one hand, it was about Arsenal completely outplaying United, dominating possession and territory, and creating far more chances. On the other, there was the drama of a late winner providing a definitive, exhilarating moment. …”
The Athletic – Michael Cox
The Athletic – Arsenal 3-2 Manchester United analysed: Are Arteta’s men really going to win this title?

“In Qatar, the dust, in both a literal and figurative sense, is just settling after a barnstorming three weeks of football produced a raft of historic moments; the drama, controversy, and intrigue which characterised the World Cup’s build-up somehow managing to permeate events on the field. A total of 206 nations may have vied for a place in the 2022 instalment of FIFA’s showpiece competition, but only 32 descended on the Middle East last November. But the glitz, glamour, and glory of the World Cup Finals didn’t evade just those 174 remaining member associations—many others, excluded from football’s international governance structures, were also consigned to watching the planet’s biggest sporting festival unfold from home. …”
Football Paradise
amazon: CONIFA: Football for the Forgotten

“‘How are things at Atletico Madrid at the moment?,’ The Athletic asked a former club employee last week. ‘Bad. Bad. Really bad,’ was the reply, delivered with a grimace. ‘Not just the results, but the play, the feelings. It’s not like before.’ That same downbeat and anxious tone was a feature of many conversations with over a dozen sources close to Atletico last week, each requesting anonymity to protect their positions. …”
The Athletic