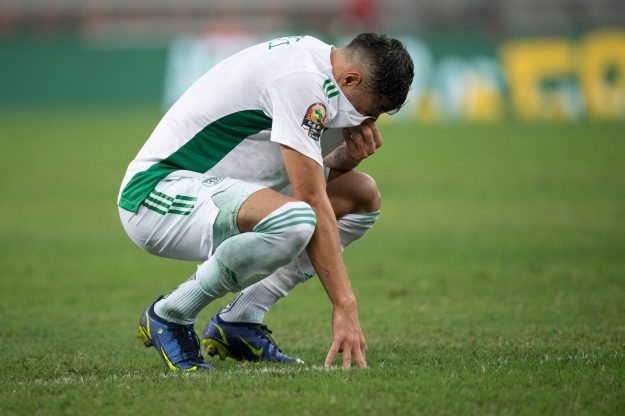 20 January 2022: A dejected Youcef Belaïli of Algeria during the Africa Cup of Nations match against Ivory Coast at Japoma Stadium in Douala, Cameroon.
“If anyone ever doubted the power of a football match result, just show them Algeria’s 270 minutes in the 2021 Africa Cup of Nations (Afcon) that led to people completely second-guessing the success of The Fennecs. Prior to the tournament, Algeria had a 35-match unbeaten run, easily disposing of Ghana in a pre-tournament friendly. They were justifiably dubbed favourites alongside hosts Cameroon as well as Morocco and Senegal, yet they were sent packing after just three group-stage matches. It is a serious blow considering that, in the new 24-team Afcon format, four of the best third-placed teams also qualify for the knockout stage. …”
New Frame