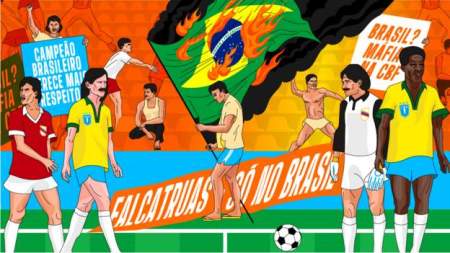 “It took Charles Fabian a good few minutes to get the full picture. The young forward had just finished dinner at Brazil’s team hotel in the north-eastern city of Salvador when the president of local side Bahia stormed in. ‘You can pack your bags because you are not staying here,’ yelled Paulo Maracaja as he grabbed Charles by the arm. It was June 1989. A home Copa America was about to begin and Charles, then 21 and a Bahia player, had not long since broken into the national set-up. He didn’t know what to do. Unable to find anybody from the Brazilian FA, he ended up following the order to leave. As it turned out, Maracaja had taken matters into his own hands after being told that Charles was among three to be cut from the final 20-man squad. He was furious his player had been dropped. The omission would have dramatic consequences. What happened next lives on in the national consciousness as one of the darkest moments in Brazilian sporting history. It felt like just another betrayal to a people who had long felt marginalised – and who continue to feel so today. …”
BBC

This entry was posted on Thursday, October 7th, 2021 at 11:45 pm and is filed under Brazil. You can follow any responses to this entry through the RSS 2.0 feed. You can leave a response, or trackback from your own site.