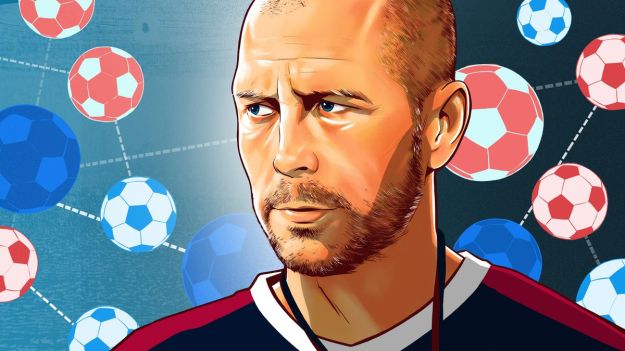 “Some two dozen players sat in neat rows of chairs and peered at the projector screen in front of them, waiting for the tracksuited man to start the meeting. ‘I’m Gregg Berhalter, head coach,’ he announced, as if anybody in the room didn’t already know it. So began Berhalter’s first training camp in charge of the United States men’s national soccer team in January 2019. He paced around the room as he spoke, holding a marker in one hand and scraps of paper in the other. He smiled a lot but spoke seriously. …”
The Ringer
W – Gregg Berhalter