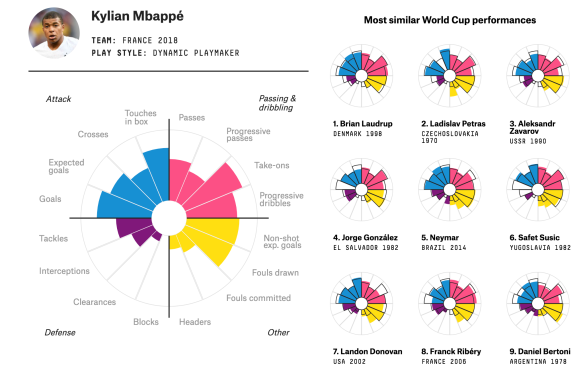 “Breakout performances seemed to be everywhere at the 2018 World Cup — young talents were launched to international fame, and established players had their names crystallized on the world stage. The world’s biggest soccer tournament gives players a chance to shine outside the club-level paradigm of consistency and — apart from the English Premier League — a largely domestic audience. On the back of a few impressive performances, players like CSKA Moscow’s Aleksandr Golovin, one of the key players in Russia’s run to the quarterfinals, can earn themselves the chance to move to one of Europe’s top clubs, even if this recruitment trend is less common than it once was.” FiveThirtyEight