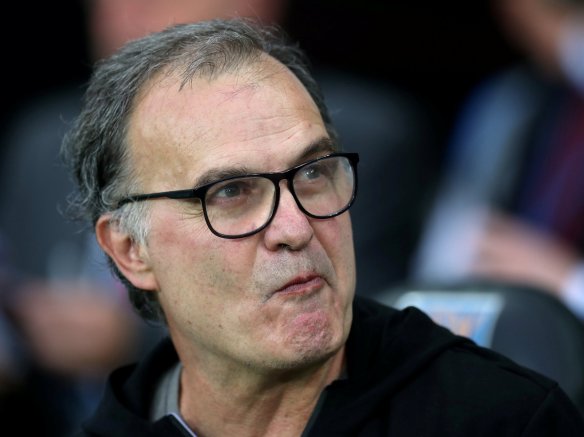 “Marcelo Bielsa has never compromised his philosophy for anyone, after 30 years of coaching, and as he sits on top of a league he was told would be beyond him, why would he start now? Even after Leeds’ worst performance of the season last night at Swansea City, their 2-2 draw puts them just ahead of Middlesbrough at the top of the table on goal difference. It was a credit to their resilience, digging out a result when not playing well. But also to their ruthless manager, who hauled off key holding player Kalvin Phillips after 28 minutes, and left-winger Gjanni Alioski at the interval.” Independent (Video)

“As the referee’s whistle signaled the end of the 2018 World Cup final between France and Croatia, I confess that I wept, more from relief than from joy. The blunder by French goalie Hugo Lloris that allowed Croatia its second score had struck me as suicidal. It reminded me of Zinedine Zidane’s narcissistic, self-destructive foul in the 2006 final World Cup match, when the Italian defender Marco Materazzi allegedly insulted the French superstar and Zidane responded by attacking him, causing Zidane to be ejected and weakening his team to a degree that I felt cost France the game. Was there something in the collective unconscious of les Bleus that didn’t want France to win its second world title, following on the great triumph of 1998?” Harpers

“The 1986 FIFA World Cup was supposed to be held in Colombia. In late 1982, the prospective host withdrew from its commitment, citing ‘economic difficulties’ (read as asymmetric internal armed conflict) and Mexico was awarded the privilege in their place. From the perspective of the sport, the tournament went on to be a great success – the collected images of Diego Maradona are some of the most iconic of the sport – but it’s been said that the physical infrastructure was found wanting.” Football Pink

“On a testing night for Liverpool at a raucous Selhurst Park, fans of dramatic title races were pleased to witness further confirmation that Jürgen Klopp’s speedsters remain the best bet to keep pace with Manchester City. Even at this early stage none of the other pretenders look as ready as Liverpool to sprint alongside Pep Guardiola’s champions now that steel accompanies their raw ability.” Guardian (Video)

“Tim Vickery’s Notes From South America: Brazilian Championship Paying For Losing Talent Abroad. The Brazilian Championship reached the half way stage at the weekend, with the table looking very different from this time last year. In 2017 Corinthians had the title all but sown up after 19 of the 38 rounds. The 2018 version offers the prospect of a much more exciting home straight.” World Soccer – Tim Vickery

“A Champions League final and a World Cup appearance at 19 years old – Trent Alexander-Arnold is doing big things at a young age. So what is it about the Liverpool teenager that has got everyone excited? The boy who grew up just minutes away from Liverpool’s training ground and has been at the club since the age of six has already made 47 first-team appearances, as well as representing England at every age group from under-16s upwards.” BBC