“Football is often considered conservative with its rule changes, but in recent decades there have been various subtle but crucial alterations to the Laws of the Game, which are often overlooked. The back-pass law in the early 1990s, for example, forced goalkeepers and defenders to become more technically skilled, encouraging passing football. Stricter tackling laws, meanwhile, protected attackers from brutal challenges. …” ESPN – Michael Cox

“Three months have passed since Lyon visited the Stade Geoffroy-Guichard and destroyed St Étienne 5-0, a mauling that will go down as one of the worst defeats in the club’s 99-year history. Ôscar Garcia, who was only appointed manager in the summer but had clashed with the board over transfer targets, resigned soon after the defeat – and the man brought in to replace him, Julien Sablé, proved to be a disastrous appointment. …” Guardian

Ruben Bover, the Barnet midfielder who learned from Thierry Henry in MLS

“Not many footballers get the chance to play in three different countries, win multiple league titles and line up alongside World Cup and Champions League medalists before the age of 25, but Barnet’s Ruben Bover is one of them. The Spanish midfielder has already played in his native country, England and the US, where he won several trophies and was able to call Raul and Thierry Henry his friends and teammates. Bover was born in the Balearics and came through Real Mallorca’s academy when the club were knocking on the door of the UEFA Cup places in La Liga. Yet even as a teenager he was drawn to the English game and tantalised by the prospect of playing abroad. …” The Set Pieces

Aston Villa vs Birmingham City and the story of a football rivalry characterised by its glorious, gleeful pettiness 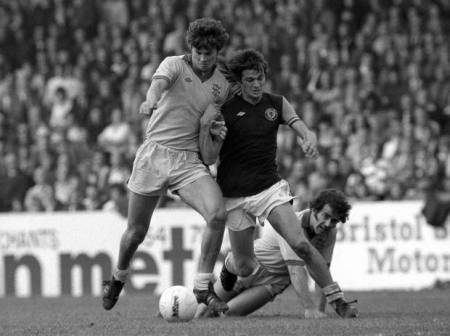 “Not many football fans outside Birmingham will have heard of Paul Tait, who enjoyed a long and yet largely undistinguished career in some of the more inglorious reaches of the Football League. And indeed, if you have heard of him at all, it is for one of his two notable claims to fame. In the 103rd minute of the Auto Windscreens Shield final in April 1995, Tait scored a glancing header to win the game for Birmingham against Carlisle: the first ever golden goal scored at Wembley Stadium. …” Independent (Video)

Saudi Stars Arrive in Spain, With One Eye on Russia

“VILLAREAL, Spain — After the website had crashed, but before the falcon arrived, Salem al-Dawsari was introduced by his new club. Inside the Estadio de la Cerámica, the banana-yellow-skinned home of the Spanish team Villarreal, a few dozen journalists had arrived to view Dawsari, a midfielder who had become something of a curiosity in the Spanish news media. For one, Dawsari was among the first players from Saudi Arabia to sign for a team in La Liga, Spanish soccer’s top league. But that was only part of the story. …” NY Times

The Resurrection of Nicklas Bendtner

“Whilst Denmark’s Nicklas Bendtner has all but disappeared from our collective footballing consciousness in recent years, there was once a time in which the former Arsenal man could seemingly do no wrong in the eyes of the Emirates faithful. The lofty centre-forward, who continues to ply his trade among the wider European game as an active and determined 29-year-old, previously excited Danish and Gunners fans alike with his confident persona and burgeoning potential to thrive among the English top-flight. …” Outside of the Boot