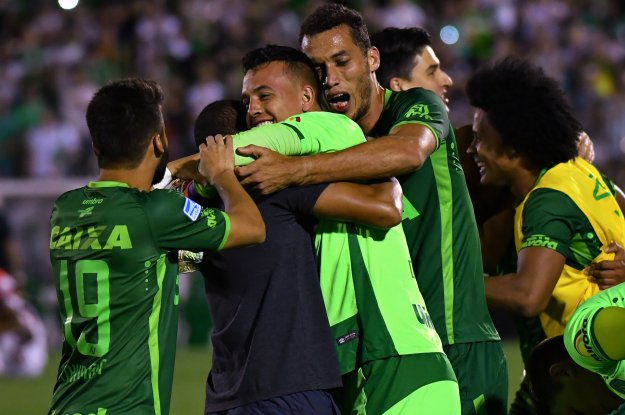 “Atlético Nacional, the Colombian team that was to play Chapecoense of Brazil in the finals of the Copa Sudamericana soccer tournament this week, has asked the organization in charge of South American soccer to award the trophy to Chapecoense, which had nearly all of its players and coaches killed in a plane crash on Monday night. Nacional said in a statement on its website and its Twitter feed that it had requested that the South American confederation, Conmebol, cancel the two-leg finals and declare Chapecoense the champion of the tournament, South America’s second-most prestigious club competition.” NY Times

“Barcelona went into the encounter against Real Sociedad at the Anoeta, winless since 2007 against the Basque side at their home. Barcelona have endured a dip in form in recent weeks compared to their high standards while Sociedad have been finding themselves in the top 5 in the league table, performing really well.” Outside of the Boot

“Klopp’s Liverpool faced Moyes’ Sunderland in a game where Liverpool really needed the three points, partly to get up on their feet again after the dropped points against Southampton, but above all to stay close to City and Chelsea at the top. Sunderland on the other hand, wanted to continue their upturn in form after their last two wins, and get out of the relegation zone.” Outside of the Boot 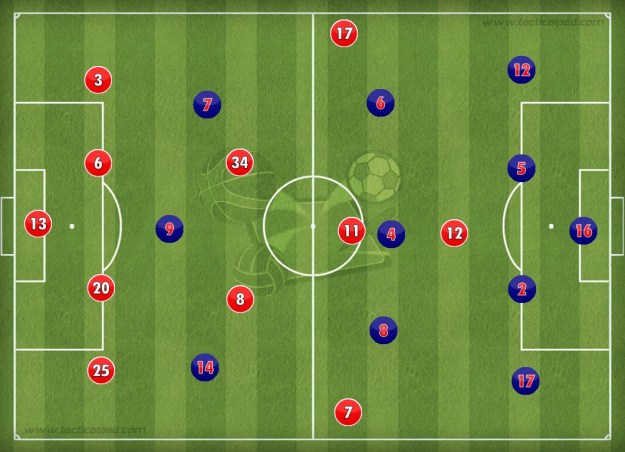 “Despite being a thrilling encounter in terms of its result and implications, the lesson learned from Paris Saint-Germain’s trip to Arsenal should ultimately be one of two limited teams doing battle in a way that did little to inspire confidence. The Gunners were sloppy in possession, unadventurous and limited in wide areas. Paris Saint-Germain, as they have since the departure of Zlatan Ibrahimovic, lacked a reliable focal point in attack, with Edinson Cavani getting only one of eight shots on target. They somewhat surprisingly controlled possession, but with Blaise Matuidi, the nominal left winger, playing in a deeper role than the teamsheet would suggest, there was little venom from the French side.” Outside of the Boot

“In football, the line between attack and defense is incredibly thin, even non-existent. In a game where there is little set offense or defense, and where the flow of a match is fluid, the best teams master the ability to defend while attacking, and attack while defending. When a great team has the ball, they aren’t just thinking of how to break down the defense. They’re also thinking about how to prevent the opposition, that defense, from winning the ball back and then counter attacking. Like a chess grandmaster, great players, coaches and teams always think 2-3 moves ahead.” Outside of the Boot

“After a scintillating display against Barcelona at the Etihad, the sky blues went to Borussia Park to face the Gladbach side who were lacking in confidence from their previous games. City were expected to come out with an easy victory, but what happened there was rather surprising. It was this fixture that kick started the run of Manuel Pellegrini’s men into the semi-finals of last season but this match was not half as lunatic as that game, as Man City showed no intent and lacked energy to kill the game.” Outside of the Boot