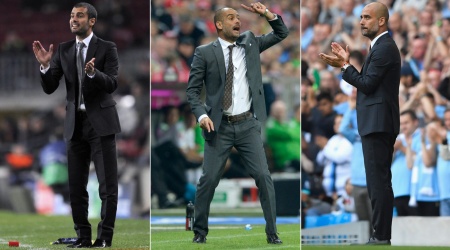 “When Pep Guardiola left Barcelona in 2012, there was one huge question about him. He’d grown up at Barcelona. He’d been a ball-boy there. He’d come through the youth system. He’d played for and captained the team. He knew Barcelona and its culture better than almost anybody else. It was a club that had formed him, and he was then able to reform it. He’d wound down his playing career elsewhere but could he really thrive elsewhere?” SI – Jonathan Wilson

This entry was posted on Thursday, October 20th, 2016 at 7:07 pm and is filed under Champions League, FC Barcelona, Football Manager, Germany, Jonathan Wilson, Manchester City. You can follow any responses to this entry through the RSS 2.0 feed. You can leave a response, or trackback from your own site.