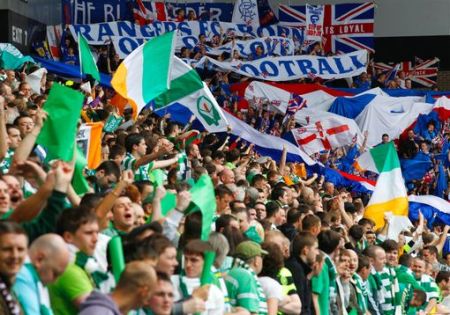 “Celtic will play Aberdeen in the Scottish League Cup final after Moussa Dembele secured a late victory over Rangers in the Old Firm semi-final. Brendan Rodgers’ side had the better of the Hampden match with Scott Sinclair, Tom Rogic, Dembele and Stuart Armstrong drawing saves from Matt Gilks. Erik Sviatchenko had a goal disallowed for Celtic and Sinclair’s free-kick was touched on to the bar by Gilks.” BBC

Rangers 0-1 Celtic: Player ratings from Billy Dodds and Pat Bonner
“Moussa Dembele’s late goal was enough for Celtic to beat Rangers 1-0 in the Old Firm Betfred League Cup semi-final at Hampden. Brendan Rodgers’ side will face Aberdeen in the final on 27 November. Former Rangers striker Billy Dodds and ex-Celtic goalkeeper Pat Bonner were at Hampden and gave their verdict on the teams.” BBC

Celtic vs. Rangers – more than just a game
“The Scottish League Cup semi-final will be the latest instalment in the Old Firm rivalry, which has cemented itself as one of the fiercest games in world football. That’s because for so many people it’s more than just football, with politics, sectarianism and football making for a lethal mix. Originally, Rangers were formed in 1872, and it wasn’t until 1888 when Celtic were founded by the Irish community who had moved to Glasgow to escape conditions back in their homeland. That ensured Celtic would be the team for Irish and Catholic families, whilst Rangers had a staunch Protestant following.” Football Pink

The rise of Soccer: The growing influence of USA on football

“Football is on the rise in America. Nobody can deny that. Children all over the country are getting into the sport and are becoming better and better at it. This progress has been shown over the last few decades. In 1990, America didn’t even have a professional football league and had just qualified for their first world cup in over twenty years. Twenty-six years later they have a thriving league in the MLS and are becoming more and more competitive on the international scene. Another, less spoken about, the thing that America is doing in the football world the takeover of multiple clubs across Europe. This takeover has led to both the first American manager in the Premier League and American style of business being implemented in some of Europe’s biggest clubs.” Outside of the Boot

“In one of the most anticipated Monday Night Football games in years, José Mourinho reminded his critics of his managerial capabilities with an outstanding, if ugly, defensive performance at Anfield. Limiting a Liverpool side that had scored 28 goals in their last 11 home league matches to just three shots on target was no easy task, even if there was arguably justifiable criticism over Mourinho’s unwillingness to play a more expansive, attacking game.” Outside of the Boot

Is Julian Nagelsmann Already One of the Bundesliga’s Best Managers? 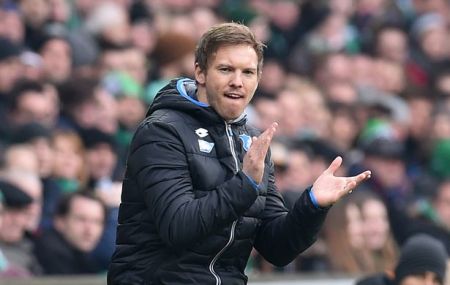 “In a modern football landscape that sees teams hire and fire managers faster than they ever have, finding managerial stability and a good boss can be a tough task. For some clubs they have that stability, such as 1. FC Köln with Peter Stöger, Dortmund with Thomas Tuchel and Mainz with Martin Schmidt. For other teams such as Hoffenheim, finding a top class manager has been a tough task, with 8 manages serving the club since 2011. But now, it seems like Hoffenheim finally have that manager they’ve been looking for in Julian Nagelsmann, who has kept them up and now has them flying high again. Since the 29-year-old has done so much after his appointment, is he already one of the Bundesliga’s best managers?” Bundesliga Fanatic

Premier League stats: Which player has gone 1,241 days without starting in a win?

“One player’s unwanted record of failing to win a game when in the starting XI now stands at 1,241 days, while Nathan Redmond and Gary Cahill prevented an unwanted first for English players in the Premier League. Here, we take a look at some of the most interesting stats from the weekend.” BBC

As a former idol returns, Chelsea begin to look like Antonio Conte’s team

“After the horrifically dull disaster that was ‘Red Monday’, some marketing executives at Sky Sports might be shifting uneasily in their executive chairs at thought of marketing this Sunday’s clash between Chelsea and Manchester United as ‘Super’. Luckily for them, however, whatever happens on the pitch the narrative of a certain Jose Mourinho returning to the stadium where he made his name will be more than enough to push this fixture over the line as the standout game of the weekend.” backpagefootball