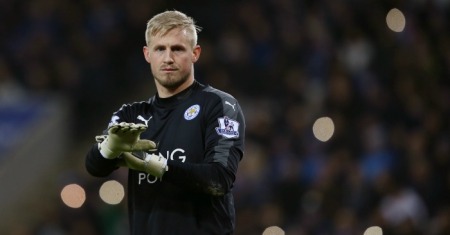 “While much has been made of Leicester City’s remarkable attacking unit this season, less has been said about a defence that boasts the fourth best record in the division. The likes of Wes Morgan and Robert Huth have proved many people wrong over the course of an incredible campaign, but behind that defensive duo has been a goalkeeper finally beginning to step out of the shadows of his famous father. Kasper Schmeichel has been both blessed and cursed with his surname during his career.” Football Pink

This entry was posted on Friday, April 1st, 2016 at 6:54 pm and is filed under Football Manager. You can follow any responses to this entry through the RSS 2.0 feed. You can leave a response, or trackback from your own site.