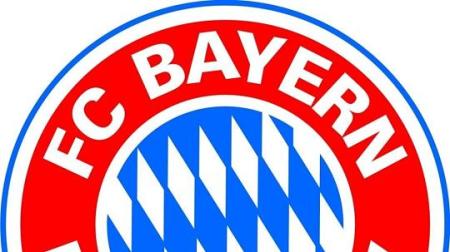 “We are back with the 2014-15 Bundesliga Power Rankings – the post-Match Day 14 edition. Since our last edition, Bayern mocks the others, FC Augsburg reaches historic heights, Eintracht decides it might really want to challenge for Europe, darkness shrouds the middle table, while old faces revisit the relegation zone. Hold onto your butts, kids. The Power Rankings do not necessarily reflect the current table standings, since they account both for form and expectations, all the while acknowledging the fluctuation and random effects riddled through a single match day weekend, yet also acknowledging that the weekly randomness does something like work itself out over the long run. Thus, we proudly present our Match Day 14 Power Rankings. Debate. Discuss. Rinse and repeat. Huzzah! Bundesliga Fanatic

Three things we learned this week in Ligue 1

“After dropping what may prove to be a valuable two points at Lorient during the week, Marcelo Bielsa’s Olympique de Marseille side logically overcame Metz by three goals to one, with a victory which sees them extend their winning streak at home to eight games. Les Olympiens maintained their point advantage at the top of the table, thanks to goals from their influential trio of André-Pierre Gignac, André Ayew and their star of the season far, Dimitri Payet. Metz have impressed at home this season, losing just one game at home so far against Paris-Saint Germain, but Les Grenats’ form away from the Stade Saint-Symphorien has not been as impressive, as Albert Cartier’s side have picked up just four points out of a possible total of twenty-four.” backpagefootball

“The boring truth about the Champions League group stages is that the big teams pretty much always move through. It’s briefly exciting when Champions League play starts up every September, but games don’t really get that tense until the knockout stages. Cinderellas from smaller leagues get a nice fat check, six group-stage games against Europe’s elite, and a patronizing pat on the head as they head back to Switzerland, Greece, or Slovenia. Well, usually, anyway. This year, the final day of the group stages offers something different: the chance for a whole bunch of minnows to overcome big-four giants and give the knockout rounds some geographic diversity that’s been missing the last few seasons.” Grantland

The price of super stardom

“On July 7th 1957, with little more than 30 senior games under his belt and still a few months short of his 17th birthday, Pele made his debut for Brazil, scoring his side’s goal in the 2-1 defeat to Argentina in Rio’s Maracana stadium. The previous day, at the church fete in Woolton, Liverpool, the 16 year old John Lennon met Paul McCartney, two years his junior, for the first time. The rest, of course, is history – until, hundreds of hits and a thousand goals later, their decade came to an end. In April 1970 McCartney announced the break up of The Beatles. A couple of months later Pele made a glorious farewell to the stage he had made his own, winning the World Cup for the third time with a team that still set the standard for Brazil sides. The closeness of the dates is uncanny.” The World Game – Tim Vickery

Simone Scuffet
“Following the huge success of our 2014 list, we have compiled a list of the 100 Best Young Players to Watch in 2015 under our Talent Radar feature after careful evaluation and consultation. For more details on how we went about this and any other questions you may have, read these FAQs.” Outside of the Boot

How Roberto Pereyra has played an important role at Juventus

“Udinese’s scouting network has been widely documented over the past couple of season; their latest gem to shine is one that is benefiting Juventus and could continue to do. Stephen Ganavas has a look at Robert Pereyra and how he has been an important component in Massimiliano Allegri’s set-up.” Outside of the Boot

“To celebrate the 55th birthday of one of the greatest of them all, Paul McGrath, we’re reposting Reliving Giants Stadium. The 1994 World Cup in America was the first for Luke Constable of the brilliantly named RGSOAS (Ruud Gullit Sitting on a Shed). His native England hadn’t qualified but thanks to his Irish grandfather, Luke was rooting for the Republic. Having missed the full game with Italy, the myth around the match had grown. Houghton’s goal and McGrath’s performance became legendary as the years went on. Luke has never seen the game in its entirety…until now.” Póg Mo Goal