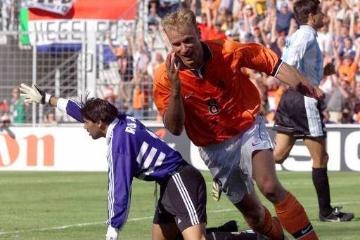 “World Cups are never just about what transpires on the field. When the 2014 soccer World Cup kicks off in Brazil on June 12, tens of thousands of Brazilians will likely protest, angered by the wasteful government spending that has led up to the tournament. What better platform to make a statement than one watched by billions around the planet? Soccer’s unchallenged place in the global imagination also means that what happens on the field carries special resonance. The goals scored aren’t just markers of sporting success: they are moments of national glory and humiliation, acts of cultural expression and political defiance. World Cup goals can change history. Here are 20 that did.” Washington Post (Video)

How to Watch the World Cup Like a True Soccer Nerd

“There is a point of view among some soccer fans that the sport is unassailably other. I assume that since I used the word ‘soccer’ in the first sentence, those fans are gone now, and I can talk to the rest of you. Because here’s the thing: The idea that the ineffable foreignness of soccer is best left to continents like Europe and South America — because all us Yanks will do is take away its beauty, what with our ‘stats’ and ‘analysis’ — is no more than a steaming pile of merde. All those things that go on around the game don’t make it fundamentally different from other sports. It’s an athletic competition, and as such, it has certain things in common with every other type of athletic competition.” Grantland (Video)

“If you’ve followed the International football scene for the past few months leading up to the World Cup, you would have learnt how certain experts & pundits have touted Belgium as the real dark horses of the tournament; many have stated how this current crop of players is the golden generation of Belgian football, and we agree. As the months went on, many caught on to the Belgium dark-horses bandwagon, so much so that nearly every football enthusiast now thinks Belgium are the dark-horses for the tournament. Let’s go back a little.” Outside of the Boot

“In Cameroon’s biggest city, Douala, we name streets and squares for the alcohol and sex trade (rue de la Joie), for corruption (Carrefour des Trois Voleurs, or Junction of the Three Robbers, for three officials who used public funds to build houses in the area), for violent deaths and footballers. All these names are unofficial. The only official names are those of the colonisers. Carrefour Eto’o Fils, the junction named for our striker and captain Samuel Eto’o, is in New Bell, the populous quartier where he was born. It is a few blocks from Place Roger Milla and Carrefour Thomas Nkono, named for past footballers. New Bell is Cameroon’s Soweto – revolutions begin here.” FT

Belgium’s blueprint that gave birth to a golden generation 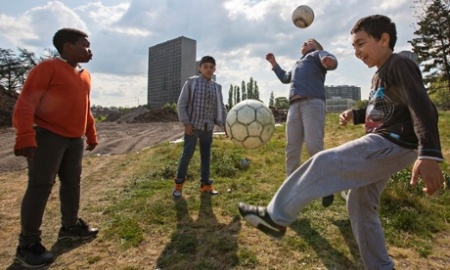 “Not everything that Michel Sablon writes down goes to plan. At Italia 90, Sablon was part of Belgium’s coaching staff, and a couple of minutes before the end of extra time in their last-16 match against England, he compiled a list of the penalty-takers. He had just finished scribbling the names when David Platt, in one of those iconic World Cup moments, spectacularly hooked the ball past Michel Preud’homme.” Guardian

“It’s disappointing, though not terribly surprising, that this is how Jonathan Clegg begins his jeremiad against American soccer fans, published in the Wall Street Journal Thursday night: ‘Growing up as a soccer fan in England…’ Here we go. To lend credibility to the screed that follows, Clegg reminds us that his English upbringing allows him to understand the sport in a way that Americans never will: ‘I’ve witnessed my fair share of horrors. I’ve seen shocking acts of violence, overheard hundreds of abusive chants and watched Pelé retire to sell erectile dysfunction pills.’ He’s seen things. Clegg’s nod to his nationality also gives away his real reason for writing, the familiar hipster lament: he liked soccer (football) before it was cool, and now these neophytes are ruining everything.” New Republic

World Cup referees: everything you wanted to know…

“Love them or hate them, you certainly cannot ignore referees, the individuals who arguably, have the greatest influence on the outcome of a football match. It’s with that in mind that Sports Interaction has provided what they call the ultimate analysis of the men in black for this tournament. The exhaustive piece of research analyses the performances in international matches of all the World Cup referees and identifies those to avoid if, like Raheem Sterling, you might be prone to the occasional rush of blood to the head.” World Soccer

Throw FIFA Out of the Game

“MOST people associate FIFA, the organization that oversees international soccer, with the quadrennial joy of the World Cup. But as the 2014 tournament begins next week in Brazil, FIFA is plagued by levels of corruption, graft and excess that would shame Silvio Berlusconi. Despite the palatial estates, private planes and pompous airs of FIFA’s current leaders, the organization actually has quite humble origins. FIFA was founded in 1904 in Paris as a simple rule-making committee that aimed to regulate the guidelines for a new, rapidly expanding sport when played between nations.” NYT – Opinion