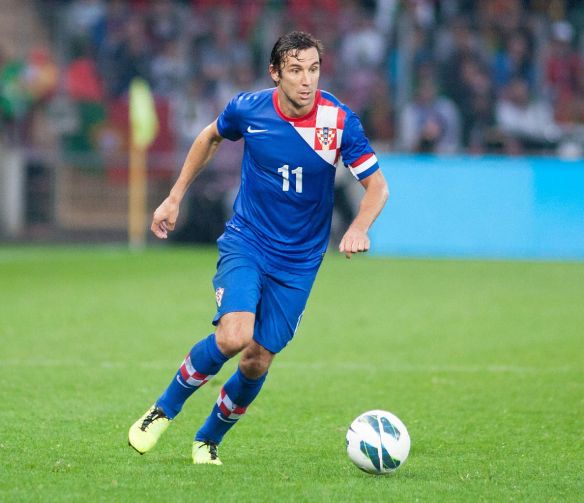 Darijo Srna, Croatia
“Next Thursday, Croatia has the privilege of playing the World Cup’s opening match against Brazil, the host nation. The Eastern European country gets to take on a team that has won the World Cup a record five times—and is this year’s favorite—before nearly 70,000 people in São Paulo’s brand new Itaquerao stadium. The game is the first World Cup match to take place in Brazil since 1950, when the country last hosted the event. Brazil was the favorite that year, too, but it lost in the final in a shocking upset to Uruguay—and the country has never forgotten it.” The Paris Review