The Resurgence of the Deep Lying Playmaker-Part 1 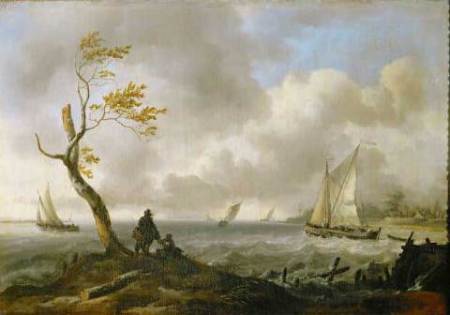 Fishing boats and coaster in heavy weather – Ludolf Bakhuizen
“There is a clear lack of equilibrium in the demand and supply of natural deep playmaking midfielders, the rapid progression of the 4-2-3-1 over the previous decade has seen a huge rise in the stock of a breed of midfielders who were thought to be dying. Indeed, it was one of the finest midfield orchestrators, Pep Guardiola, who in 2004, while managing Qatar FC, lamented about how his older role was not deemed unwanted in an age of revolving around the use of specific defensive midfielders and attacking midfielders: ‘The emphasis, as far as central midfielders are concerned, is all on defensive work'” The False 9 – Part 1, Part 2

“Rayo Vallecano are a fairly unremarkable club. Competing with Getafe to be Madrid’s third biggest side, their most newsworthy recent story has concerned their financial problems. More positively, they have a reputation for attracting some of the most noisiest fans in La Liga, with their ultras gathered behind the only end of the ground that boasts a stand – the opposite end is simply a wall covered up by advertising hoardings, with a couple of high-rise apartment blocks behind.” Zonal Marking

“Carlos Tevez’s move to AC Milan may yet happen. It may not. But the mere fact it is being discussed would indicate Filippo Inzaghi’s hopes of winning back his place in Milan’s Champions League squad let alone the first team are fading. Unless Super Pippo can prove people wrong one more time, the 38-year-old poacher may need to seek a new home before the transfer window closes.” Ghost Goal 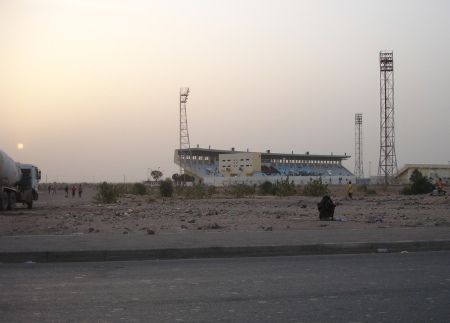 “An East African country not known for its footballing exploits, but mostly for its economic and social issues ranging from high unemployment, lack of education, poverty, prostitution and high cost of living. The country that I’ll be talking about in which a reported 90% of its people play the beautiful sport is Djibouti. The football federation in Djibouti (FDF) was established in 1979, two years after the country gained its independence from France in 1977. The FDF joined CAF in 1986 and FIFA, eight years later in 1994. The national side played its first ever match a couple of years after World War 2 in 1947 on the first of May against neighbors Ethiopia when the country was under the name of “French Somaliland”, which they lost 5-0.” In Bed With Maradona

“For Real Madrid and Barcelona, draws are the new defeats and draws like this are the new disasters. For everyone else, draws are the new victories and draws like this are the new cup wins. No one expects to beat Madrid and Barcelona – between them they have lost only 10 of their past 181 games against the rest of the league over the past three seasons and Barcelona have lost four of their past 93 league games – so a draw will do. For Espanyol, a draw like this will do nicely: an intense, breathless derby, a packed house, an 86th-minute equaliser scored by the 20-year-old Catalan who turned them down, a 90th-minute shot smashing against the bar, a penalty appeal ignored, and a 1-1 scoreline that could cost their city rivals the title. Rather like the 2-2 scoreline against the same rivals that cost them the title last time four and half years ago.” Guardian

“One of the most terrifying things about the internet is the way in which it draws you inexorably towards what you really, secretly, actually want, offering somewhere in its great boiling unfenced farrago an absolute match for whatever half-realised desire might flicker across your networked lobes. You cannot escape. The allure of endless choice will find you out, whether it is the simple urge to argue about cricket or a powerful carnal attraction to certain breeds of Pacific starfish. For me the internet has recently provided some troubling revelations in its capacity as a universal jukebox that offers access to any musical genre unfettered by conventions of taste or fashion. It has been a bit of a shock. But in quiet moments at home I have found myself increasingly drawn to the music of Sting.” Guardian