Ibrahimovic impact shows Barca his worth 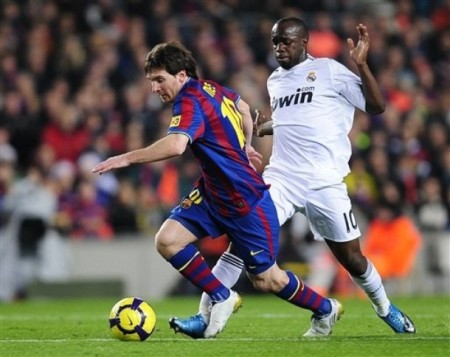 Messi
“Zlatan Ibrahimovic’s superb second-half volley was enough to give Barcelona victory over fierce rivals Real Madrid in the Primera Division’s first ‘El Clasico’ of the season at the Nou Camp and move the Catalans back to the top of the table. Ibrahimovic replaced Thierry Henry early in the second half and fired Barca in front less than five minutes later as he volleyed home Dani Alves’ cross.” (ESPN)

This entry was posted on Monday, November 30th, 2009 at 7:37 pm and is filed under Uncategorized. You can follow any responses to this entry through the RSS 2.0 feed. You can leave a response, or trackback from your own site.