Celtic & Rangers Frozen Out Of The Premier League 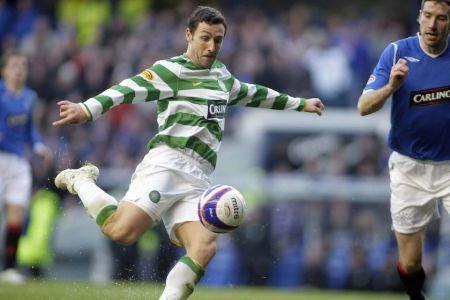 Scott McDonald
“Phil Gartside’s plan to revolutionise the Premier League (any personal gain from which to him or his club Bolton Wanderers would, of course, be entirely coincidental) has failed, for now. The issue of relegation from Premier League Two can be stored away for another day (in December 2010, to be precise), and Bolton Wanderers can get on with the small matter of avoiding the relegation that Gartside is so scared of. It was not this aspect of his proposals, however, that attracted the most attention in the media. It was the proposal to invite Celtic and Rangers to join the league that invited the most comment from the fourth estate.” (twohundredpercent)

This entry was posted on Saturday, November 14th, 2009 at 7:21 pm and is filed under Uncategorized. You can follow any responses to this entry through the RSS 2.0 feed. You can leave a response, or trackback from your own site.