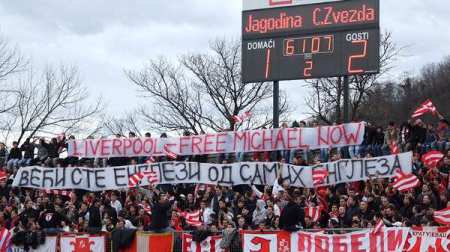 “The decision to release Michael Shields, made by Justice Secretary Jack Straw this morning brings to a close one chapter of a particularly unpleasant incident in the recent history of English football. It has to be said, however, that it opens a completely new one and it must be hoped that this is a story which will not now be brushed under the carpet.” (twohundredpercent)

Now help the other innocent prisoners
“There must be a few hundred prisoners sitting on their bunks in cells at home and abroad today scratching their chins and thinking, ‘Blimey, I wonder if my mum and dad had a quick chat with that Jack Straw and explained exactly how I had been wrongfully convicted, would I be given a free pardon?'” (Guardian)

Liverpool fan Michael Shields thanks Merseyside after Jack Straw’s shock pardon
“A Liverpool football fan jailed for the attempted murder of a Bulgarian barman four years ago today thanked the whole of Merseyside for its support – as Justice Secretary Jack Straw performed a mysterious U-turn and handed him a royal pardon.” (Times)

“How does one go about measuring greatness in football? I mean real, obvious, blatant greatness; that rarest of qualities. Today “greatness” is such a woolly, over-used term that sometimes we lose its meaning and start labeling all sorts of mundane, workaday things as ‘great. The evolution of language has distilled its meaning, reduced its potency, but we still know greatness when we see it.” (SoccerLens)

“After hauling off Sulley Muntari half an hour into a Serie A game with Bari last month, Internazionale manager Jose Mourinho blamed the Ghanaian midfielder’s religious beliefs. ‘Ramadan has not arrived at the ideal moment for a player to play a football match,’ said Mourinho, upset after a poor 1-1 draw for the Italian champions.” (WSC) 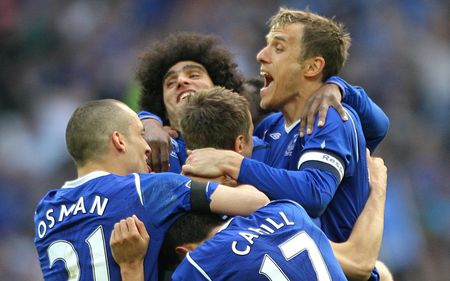 “Everton FC chief executive Robert Elstone was the guest as part of the Liverpool Daily Post Business’s live debate on the Business of Football. He was joined by Prof Tom Cannon and sports editor John Thompson in an engaging discussion chaired by business editor Bill Gleeson.” (Liverpool Daily Post)

“What if the legend stops being fact? What if the legend not only stops being fact, but goes on being printed anyway, printed incessantly, at every opportunity, printed and duplicated and reprinted and reduplicated to the point that it becomes an inescapable atmospheric cliché? What if it starts to distort the desire it originally gave expression to? What if it stops even being a legend, and becomes instead a slogan, a logo, a trademark, a campaign?” (Run of Play)