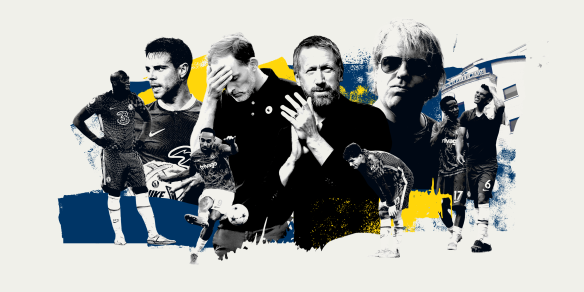 “Chelsea’s sombre players shunned most of their non-mandatory media duties as they made their way out of Stadion Maksimir after Champions League humiliation at the hands of Dinamo Zagreb on Tuesday evening, only to find their discomfort was far from over. Boarding the plane that would take them back to England from the Croatian capital meant filing awkwardly past the front rows of seats containing head coach Thomas Tuchel and his staff, as well as co-owners Todd Boehly and Behdad Eghbali. …”
The Athletic
Guardian – Style, central midfield and strikers: Potter’s key Chelsea issues to tackle