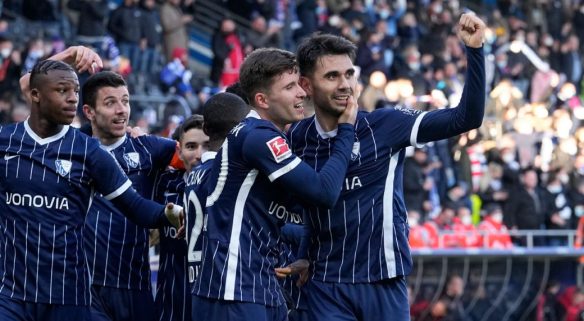 “Bochum came from a Robert Lewandowski goal down to stun leaders Bayern Munich 4-2 in one of the biggest Bundesliga shocks in living memory. The writing appeared to be on the wall when Lewandowski controlled Kingsley Coman’s knockdown and fired in on the turn after nine minutes, but Bochum hadn’t read the script. Christopher Antwi-Adjei converted Gerrit Holtmann’s inch-perfect cross to level, though the hosts did need a goal-line clearance from Cristian Gamboa to prevent Lewandowski restoring Bayern’s advantage soon after. …”
Bundesliga (Video)