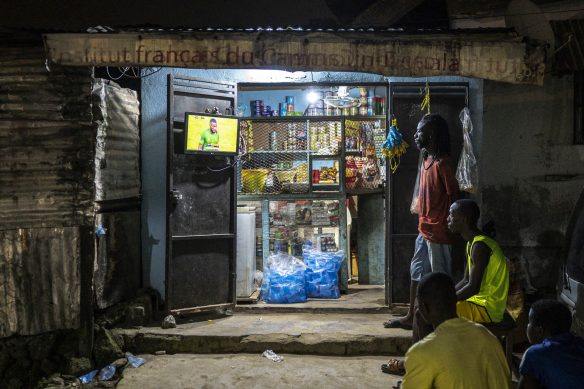 24 January 2022: Football fans watch the round-of-16 match between Cameroon and Comoros on television in Douala, Cameroon.
“The Africa Cup of Nations (Afcon) buzz that has gripped Cameroon, which not even a stampede and eight people dying could damper, has yet to reach some parts of the country even as the tournament reaches its crescendo. In certain areas of the central African nation, watching football is a luxury. While most of Cameroon and the rest of the continent have been enjoying the football fiesta, fear and militarisation have gripped the English-speaking parts of the country. …”
New Frame