Euro 2020 Power Rankings: France the Clear Favorite—but Then What? 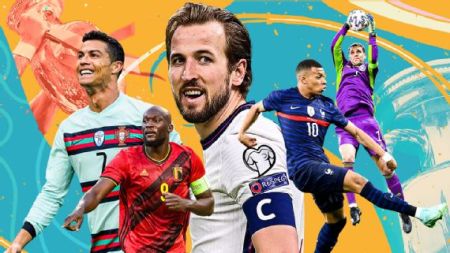 “Five years removed from Portugal’s coronation just outside Paris, the next European Championship begins on Friday, and with it comes the quest for the 2016 host and runner-up to make amends and follow a World Cup title with another triumph—and for 23 other national sides to do something about it. France is as good if not better than it was when it lifted the World Cup trophy in Russia three summers ago, and after an extra year’s wait due to the pandemic, it’s out to confirm its status as the world and region’s preeminent team—it’s No. 2 FIFA world ranking notwithstanding. Before the competition begins, with Italy facing Turkey in Rome, we examine team form, ability and outlook based on the draw to rank the 24 contenders vying to be crowned European champion (group opponents listed in order of when they’ll play in the opening stage). …” SI – Jonathan Wilson, Guardian: At the Euros, winning teams can start badly. It’s how they respond that matters, ESPN – Euro 2020 preview: Picks, scouting reports, must-see games, biggest ‘upset’ teams and much more (Video)