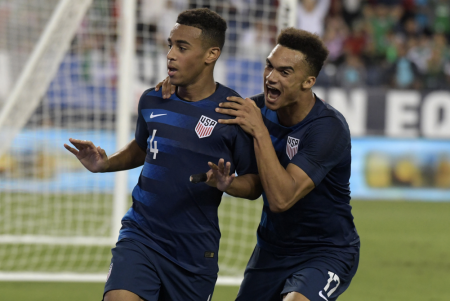 “Tyler Adams showed he might be able to help when the rebuilding US soccer team resumes competitive matches next June. So did Antonee Robinson and goalkeeper Zack Steffen. Adams scored his first international goal, four minutes after Angel Zaldivar was ejected for a studs-up tackle, and the United States rebounded from a poor first half for a 1-0 victory over Mexico on Tuesday night and their first win over El Tri in three years.” Guardian

Uefa Nations League – as it stands: Who are the winners and losers following the opening rounds of group games?

“A goalless draw on the opening day of the tournament may not have been the result the suits in Nyon had wanted, but the point earned by France in Munich provided the world champions the foundation to build upon. Goals from Kylian Mbappé and Olivier Giroud in their second game, the 2-1 defeat of Holland, leaves Didier Deschamps’ side top ahead of their return leg against Germany in Paris next month.” Telegraph

The financial cracks in the foundations of German football

“A problem exists in German football. The latest crisis finds its origins in the foundations poured over the last dilemma nearly two decades ago. Following victory at the 1996 European Championships, Die Mannschaft imploded. Defeat in the World Cup Quarter Finals in 1998 was followed by first round elimination at the 2000 European Championships. Germany is not a nation to take such setback lightly. In the next decade, German football was revitalised at grassroots level.” Backpage Football

More Than a Team 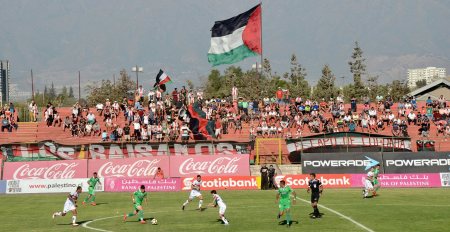 “In 1906 Nikolas Majluf arrived in South America after a sea voyage that had begun in Haifa, then part of the Ottoman Empire. He had changed ships in Marseille and continued to Buenos Aires, Argentina. From there, he traveled by mule over the Andes and ultimately settled in Victoria, Chile, nearly 1,000 kilometers south of Santiago, the nation’s capital. He was following a path that had been established by Palestinians who had begun arriving in Chile in the late 1800s. They struggled at first, but in ensuing decades they created both businesses and institutions, including schools, professional associations— and Club Deportivo Palestino (Palestinian Sport Club), the soccer team popularly known as ‘Palestino.’” Aramco World

“Atletico Madrid are off to a curiously slow start. It’s the rare year where there might be some cracks at the top of La Liga. The departure of Cristiano Ronaldo from Real Madrid means there’s a crack of daylight at the top of the table. But, three games in, the perennial favorites, Barcelona, and Ronaldo-less Madrid are perfect and Diego Simeone’s team has already dropped five points. Is there anything amiss with Atletico, or have their opening three games been the kind of fluke that the next 35 games will make everybody forget?” StatsBomb

“Rafael Benitez and Manuel Pellegrini are two managers used to living the high life who now find themselves stranded in the Premier League’s bottom three with Newcastle and West Ham after poor starts to the season.” BBC