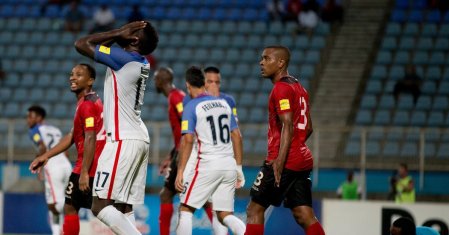 “For around 30 years, from the 1986 World Cup through the night of Tuesday, Oct. 10, the United States men’s national soccer team managed to project at least a pleasing illusion of progress. Maybe it wasn’t always real progress. Maybe it wasn’t the kind of spectacular success enjoyed by the United States women’s team, which has won three World Cups and four Olympic gold medals and galvanized generations of fans. But there was always something you could point to, some piece of evidence to suggest that the men’s game was improving in this country. That the people at the top had a plan. …” NY Times

This entry was posted on Sunday, October 15th, 2017 at 7:35 pm and is filed under NY Times, Run of Play, USA, World Cup 2018. You can follow any responses to this entry through the RSS 2.0 feed. You can leave a response, or trackback from your own site.