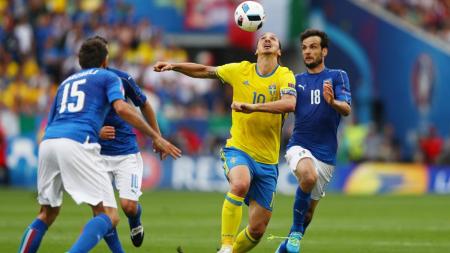 “That, perhaps, will calm some of the more excitable reactions to Italy’s victory over Belgium. After the high of that Euro 2016 opening performance came victory in a drab 1-0 win over Sweden, a side whose only two efforts on target in the entire tournament have come from Ireland defender Ciaran Clark. All those gloomy assessments of this Italy side as the worst it has ever sent to a major tournament seemed a lot more accurate than they had on Monday night.” SI – Jonathan Wilson

This entry was posted on Sunday, June 19th, 2016 at 11:04 pm and is filed under Euro 2016, Italy, Jonathan Wilson. You can follow any responses to this entry through the RSS 2.0 feed. You can leave a response, or trackback from your own site.