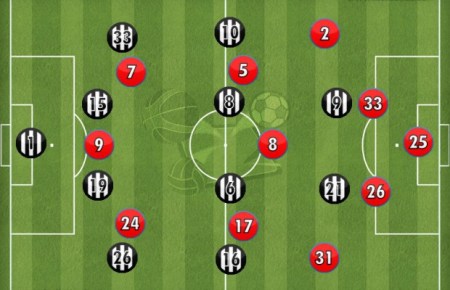 “Juventus and Napoli both came into this match in incredible form. Napoli had won 8 straight in the Serie A, including two 5-1 victories. Juventus, on the other hand, had won 14 straight, the streak propelling them back into the title race after a dismal start to the season. With these two teams sitting on top of the table, and Napoli ahead of Juve by just two points, this match could be the deciding moment in the Scudetto race. Although the match was a stalemate until Juve scored with 3 minutes to go, it was a captivating tactical battle, as Sarri and Allegri shut out each other’s teams.” Outside of the Boot

This entry was posted on Wednesday, February 17th, 2016 at 7:48 pm and is filed under Football Manager, Serie A. You can follow any responses to this entry through the RSS 2.0 feed. You can leave a response, or trackback from your own site.