“Anti-racism campaigner Piara Powar has attacked Russian football’s record on racsim after it emerged that a winner of the official Russian Premier League annual beauty pageant had posted neo-Nazi messages on social media. The latest racism story to emerge from the 2018 World Cup hosts comes days Emmanuel Frimpong was sent off for gesturing towards abusive Spartak Moscow fans. The Russian Football Union later ruled there was no evidence to prove that Frimpong had been targeted by racists and the player’s two-match ban for being sent off was upheld.” World Soccer

The soccer world continues to condone Russia’s racism
“With all the outrage surrounding the 2022 Qatar World Cup, it’s easy to forget that, in just three years, Russia will be hosting the 2018 World Cup. Yes, the same Russia where players regularly get racially abused at Russian Premier League games for sport. That should be comforting to players and fans, particularly those who may be of a similar hue to those who get abused on a weekly basis. I mean, welcome to Russia 2018, amirite? Save up for your bananas. Zenit St. Petersburg’s Brazilian striker Hulk said yesterday that he faces racial abuse in ‘almost every game’ in the Russian league. That’s a hell of a statement and, to be fair, a remarkable level of consistency and dedication from Russian fans.” Fusion

Red Star and the land of great knights
“As an English football fan, I’m surprisingly comfortable with the notion of congregating into the symbolic centre of a town far away from where I live and belting out messy, off-key renditions of self-written songs. Those obnoxious little ditties glorifying my own roots at the expense of others are usually characterised by puerile language and an awkward cocktail of self-deprecating humour mixed with the most ridiculously aggrandising boasting.” Football Pink

In defence of Claudio Ranieri

“‘An uninspired choice’. This was how Leicester’s favourite son Gary Lineker reacted to the news that his hometown club had appointed 63 year-old Claudio Ranieri as their new manager. Lineker is not the only person to be less than impressed with Nigel Pearson’s successor at the King Power stadium. Numerous columns and articles have appeared in recent weeks opposing Leicester’s decision to employ the Tinkerman’s services after his 11 year absence from English football.” Outside of the Boot

Can Bayern Munich cope with the loss of Kroos and Schweinsteiger within the gap of 12 months?

“July 13th 2014 – Germany v Argentina, the final of the 2014 FIFA World Cup in Brazil. The ever efficient German side was facing an Argentina team who banked heavily on Messi and his magic. This German side had 7 players in the squad who were regulars of FC Bayern Munich. Majority of these 7 members played crucial roles in the starting line-up for Germany throughout the World Cup, especially in midfield led by then vice-captain, Bastian Schweinsteiger and young Toni Kroos. The 2 had formed a formidable partnership in the World Cup and also at club level. Their chemistry was unbelievable, which made people think about why Bayern would even contemplate selling Kroos when he fits Pep’s system. Not even a month after Germany had won the world cup, news broke out that the German domestic champions had agreed a 25M deal with Real Madrid for the transfer of Toni Kroos.” Outside of the Boot 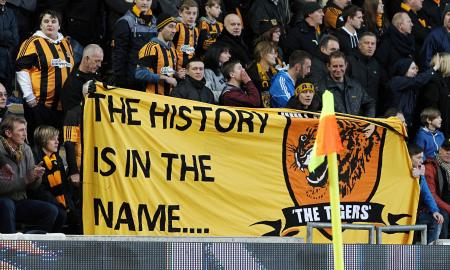 “Hull City started the 2014/15 season with much optimism after the previous year’s exploits, when they had comfortably retained their Premier League status and reached the FA Cup final for the first time in their history, only losing 3-2 to Arsenal after extra time in a thrilling match. It was therefore particularly disappointing the way things turned out, as their Europa League adventure ended almost before it had started and, most painfully, they were relegated on the last day of the season.” The Swiss Ramble

What Do You Think of it So Far?

“I went into this summer hoping that we wouldn’t try to do too much in the transfer window. Last season suggests that one player can make a difference (in this case, Suarez) – whereas multiple additions can move a team back into transition. I was very much hoping that we’d focus on doing one thing well in the window, rather than trying to solve every problem in the squad. The priority in my opinion was clear – we scored roughly half as many goals compared to the previous season (whilst conceding roughly the same amount). That needs to improve.” Tomkins Times

Diplomatic Relations: The USMNT and Cuba Play Soccer in a Changing World

“Ah, the golden summer of American footie rolls on. First, the women’s national team rampages across Canada, shutting out the world and ending up with individual covers of the same magazine. And now, the men are cruising through the CONCACAF Gold Cup competition — a tournament that, I will grant you, had eluded me for most of my career. However, it seems to be such a big-deal pile of initials that 40,000 people will show up in Baltimore on a day halfway between Gobi Desert and blast furnace to watch the United States dismantle Cuba, 6-0, in a game that ended for all practical purposes in its first two minutes. (The absence of any side from Central America in the doubleheader was said to have held attendance down.) No game seems as much like a mismatch as one that has the winning coach still warning his team about overconfidence a half-hour after the game is over.” Grantland

“Dolores travelled 80 miles up the E-5 autovia from Chiclana de la Frontera to Seville. She wanted to be at Real Betis’s Bentio Villamarín stadium when it presented its new signing. She wasn’t the only one, either. Around 4,000 fans, either without jobs, on their lunch break or skipping work, also made their way towards Avenida de Heliópolis, clad in green and white and looking forward to catching a glimpse of Rafael van der Vaart. Van der Vaart’s road to Betis has seen stops at Ajax, Hamburg, Real Madrid and Tottenham. The midfielder who has made 109 appearances for the Netherlands’ national team describes himself as a street fighter, someone desperate to enjoy himself on the pitch and entertain fans.” Fusion