“With Celtic, Aberdeen, Inverness Caledonian Thistle and St Johnstone all involved in European competition qualifying, several Scottish Premiership managers have a particularly short close season during which to reshape their squads. Champions Celtic are the only club with the financial muscle to splash significant amounts of cash in the transfer market and started their summer recruitment by paying £1.5m to Manchester City for central defender Dedryck Boyata. However, it is Dundee who have had the most significant turnover of playing staff so far.” BBC

“Born in Gjakovë, Kosovo on 25th December 1971, Besnik Hasi started his football career at Liria Prizren (then a team playing in the Superliga of Kosovo), before moving to many different clubs in Balkan leagues, and then in 1994, found as he recalls his 2nd home: Belgium. In 1994 he signed for the KRC Genk, where he played 141 games, winning the Belgian Pro League and Belgian Cup once each.” Outside of the Boot

“Fifa is to set up a taskforce of 11 people to look at reforming football’s scandal-hit world governing body. Proposals for reform will include term limits for presidents and integrity checks for top officials, president Sepp Blatter announced. Fifa will hold an extraordinary congress to elect its new president on 26 February 2016, he added. Blatter, 79, announced he would stand down in June – just four days after being re-elected president. Blatter’s resignation on 2 June followed the arrest of seven Fifa officials as part of a United States investigation that saw 14 people in total indicted on corruption charges.” BBC

“While fans are wondering what’s been cooking with their Bundesliga clubs before the season start, teams are getting up to speed with their pre-season preparations. With the exception of those who represented their national team over the summer, players have returned to their clubs to get ready for the new campaign. In addition to the new boys arrived in the summer transfer market, clubs also eagerly anticipate the return of players recovered from long-term injuries. And we should also consider players looking for fresh opportunities, as the new season marks a new chapter in their careers. Whether they just arrived to a new surrounding to change their fortunes or determined to get more playing times at their current club, we, at Bundesliga Fanatic, compiled a dream team of players looking for a fresh start in the 2015-16 season.” Bundesliga Fanatic 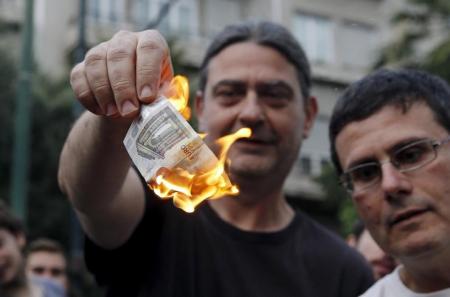 “Whilst the rest of Europe anxiously awaits the decision on Greece’s financial future, the nation’s football clubs are trying their best to prepare for another league campaign. Unfortunately, it is becoming harder to entice players to head to southern Europe, such is the uncertainty that surrounds both the country and its football, meaning more stars are looking east rather than risk the financial uncertainty in southern Europe. Last season saw Greek football reach its lowest point. There was a surge in crowd violence, including wild scenes before February’s Panathinaikos-Olympiakos derby as visiting coach Vitor Pereira, formally of Saudi Arabia’s Al-Ahli, was chased from the pitch by angry PAO ultras, whilst one fan was killed before a derby game in Crete.” Football Pink

Social media and a new wave of football hooliganism

“British football has a prolonged and uncomfortable history with hooliganism. From 1960 to the 1990s, that destructive culture of criminal behaviour spread dramatically to the extent where violence, fights and rioting became common both outside and in stadiums. Reducing it required a massive operation involving the deployment of more policemen, identifying and banning culprits and restructuring stadiums.” backpagefootball

A leader, a mentor, a teacher…a captain is the manager’s right hand man

“How to sum up Tottenham Hotspur’s last season in words – Harry Kane, 5-3 win over Chelsea, runners-up, fifth again or maybe even young talent. However you look at it, it’s been interesting. But what’s lacking? It’s not a goalscorer that’s for sure and it definitely wasn’t a lack of depth, yet something was missing. Now I could write and write, making you read a big anti-climaxing paragraph of what Tottenham need but instead I’m just going to come out and say it…they need a captain.” backpagefootball