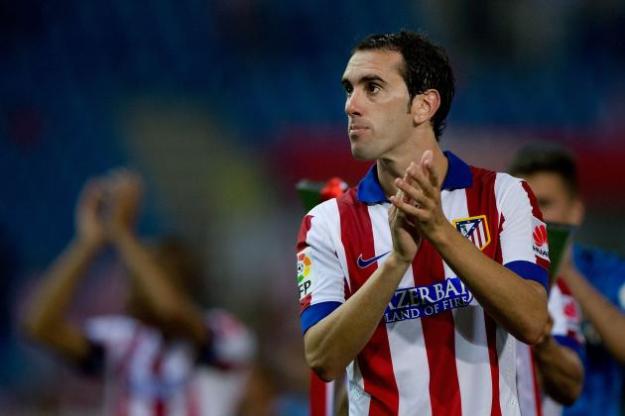 CB: Diego Godin
“2014 is nearly in the books, and with FIFPro, the world players’ union, in the midst of releasing its shortlists for the World’s Best XI, it’s time to consider which players stood out above their peers in a year to remember. An epic World Cup in Brazil saw Germany get crowned for a fourth time, while Real Madrid completed its quest for La Decima and captured a 10th European title.  Bayern Munich captured another Bundesliga title, doing so in record time; Atletico Madrid was a surprise champion in Spain; Manchester City won its second title in three seasons in England; Juventus won a third straight crown in Italy and PSG went back-to-back in Ligue 1 to headline Europe’s major leagues.” SI – Jonathan Wilson

“In the late 19th century, Paris had a major problem with its sewage system. London, brimming with civil engineers and town planners—the product of the Industrial Revolution—teemed as Paris did but had designed and installed an incredibly effective sewage system. So Paris sought help, and a British civil engineer was sent over. A few weeks later, he presented his plans to a committee of French bureaucrats. ‘It’s a little bit rough and ready,’ he said. ‘but it’ll work in practice.’ At which the senior French bureaucrat stood up, drew himself to his full height, and said, ‘I don’t care if it works in practice. Does it work in theory?’ The French have always loved intellectualism and the pursuit of the abstract, trusting theory beyond all else.” 8by8 – Jonathan Wilson

“Borussia Dortmund picked up their first points since September in when Jürgen Klopp’s team beat Borussia Mönchengladbach, thanks to Christoph Kramer and his ridiculous own goal. However, the struggling German powerhouse won just a battle, and it will be a long way to obtain the spot in the table they would’ve targeted when the Bundesliga season started. On the other hand, Dortmund’s roster depth promises interesting systems and approaches.” Outside of the Boot

“Football is unquestionably Britain’s major sport, and its staggering dominance has only increased over the past couple of decades. These days it’s unusual to flick through your Monday newspaper, find the sport section, and be confronted with anything other than football on the front page, but that’s what happened this week after Lewis Hamilton won the Formula 1 championship. This year’s F1 campaign was peculiarly analogous to the Premier League in 2014-15 in the sense that it was utterly dominated by a single team.” ESPN – Michael Cox

“Benoit Cauet managed just one goal for Torino. It came in February 2002, with the Granata attempting to survive in Serie A after winning promotion the previous year. Riccardo Maspero, Torino’s mercurial trequartista, collected the ball midway inside the opposition half and slid a perfectly weighted pass to striker Cristiano Lucarelli, who had peeled off the back of his marker. Lucarelli showed great awareness to slide the ball back across the box while running in the opposite direction, and Cauet, having made a lung-busting run to arrive at the back post, made no mistake from four yards out.” backpagefootball

“Player confidence is in the news again today. This time, the man with the sickness is Manchester United’s Robin van Persie. Something happens when more than 10 people make a similar observation about a player’s mental state. Once that player confidence card is dealt more than nine times, all you will hear about is that player’s confidence until said player plays out of his or her mind.” Soccer Gods

“With the winter break approaching the top three clubs in the Synot Liga are covered by two points. Leading the way is Viktoria Plzen on thirty-five points, Sparta Prague are second on thirty-four and then, third, on thirty-three is Jablonec; then there a ten point chasm to Mlada Boleslav in fourth. It may be premature to call this a three horse title race; as always time will tell. Viktoria Plzen and Sparta Prague are no strangers to picking up silverware, with the two clubs winning four of the past five league titles. But for Jablonec, this is a relatively well-trodden path for them. The problem is they just never follow through with their autumnal promise. How they approach the next couple of months will tell us a lot about their ambition and whether they have the staying power and financial will to compete until the end of the season. History dictates they won’t.” CZEFootball

“To choose to do this away to Germany’s second best team and seal top spot in Group H was wonderful. All the frustration of a stuttering start to the season poured out as the blues, albeit with some luck along the way, put in an almost perfect away performance to underline just how dangerous an opponent we can be for anybody in the Europa league. No-one is going to fancy playing us when the draw is made. No Coleman, no Baines as two of Europe’s finest attacking wing-backs added to the absence of arguably our most influential player, Gareth Barry. Coupled with James McCarthy limping off injured after half an hour, this win was even more impressive than it may have looked.” The Football Pink