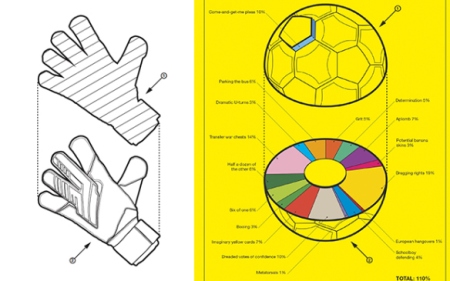 “‘Diminutive, derisory, pulsating and profligate sit with almost absurd comfort in the footballing vernacular,’ notes author Adam Hurrey in the introduction to his delightful Football Clichés book, adding, ‘while I struggle to remember anyone using the word aplomb in any other context than a well-taken goal’. Thus begins a meticulously detailed dissection of the well-worn phrases with which players, managers, media and fans fight the losing battle of conveying football’s drama through mere words. This new hardback, published by Headline, is a forensic and thorough examination of football’s language.” Telegraph

This entry was posted on Tuesday, November 25th, 2014 at 12:12 am and is filed under Football Manager. You can follow any responses to this entry through the RSS 2.0 feed. You can leave a response, or trackback from your own site.