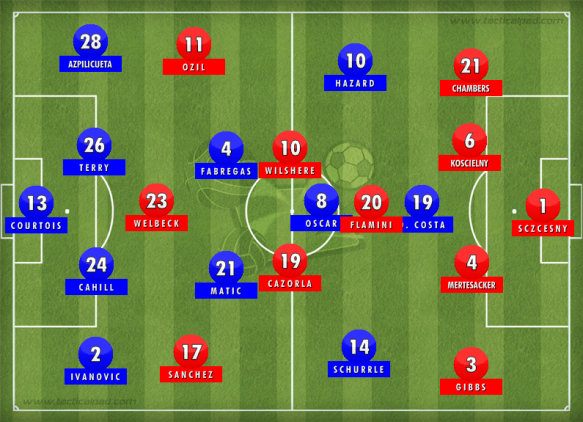 “If watching a London derby, with the two top teams from the capital wasn’t enough for anyone, the fact that there is so much history between the two warriors, Jose Mourinho and Arsene Wenger, had to attract eyeballs to this mouth watering fixture. However, all talk of Christmas cards, specialists in failure and all else were cast aside as soon as the players were on the pitch. Coming into the game, Wenger had never picked up a win against his big rival Mourinho, and the pressure was on him to deliver after a few sluggish results in the league. The hat-trick from Welbeck in midweek did a lot for them in terms of confidence. Chelsea as a team have been near unstoppable this season, with 2 draws aside from all their wins. Both sides were unbeaten, and something had to give.” Outside of the Boot

“It was a simultaneously inspiring and sad sight. Returning to Valencia for a few nights’ decompression after the Festival Internacional de Benicassim – located an hour north of the city, on the Costa Azahar – we looked down from the roof of our hotel, looming over the Nou Mestalla. In the falling dusk, it could easily have been mistaken for a titanic sporting arena, rather than just the skeleton of one. When we spoke to the locals about it, they told us of rumours that the foundations of the stadium had shifted since work stopped on it over a year before, and that the whole lot may have to be pulled down.” Fusion

“Mario Balotelli has started only four Premier League games for Liverpool this season, yet already he is being doubted, dismissed as a flop. That might not be entirely fair, but it is understandable. Although Liverpool signed twelve players over the summer, Balotelli is the one who stands out. He wasn’t their most expensive signing, but he was probably the biggest name and, more than that, he’s the one who is seen the replacement for Luis Suárez. And that really is the biggest problem: Balotelli isn’t Suárez.” Who Scored

“Another week, another dominant performance by Chelsea. This time it was Arsenal that José Mourinho’s squad dispatched without particularly breaking a sweat. And what’s so incredible for Chelsea, and so disturbing for the rest of the league, is that Arsenal didn’t play badly at all in the 2-0 loss. Chelsea still rolled them with ease.” Grantland 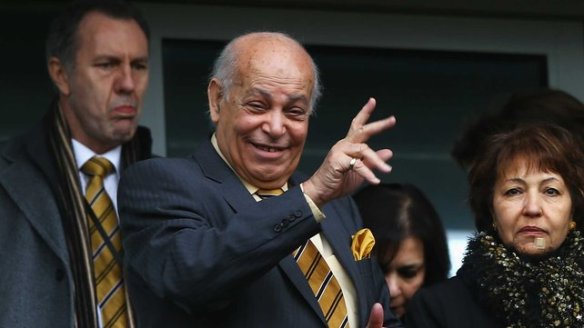 “Assem Allam should be the most popular man in Hull. But he isn’t. Far from it. You have probably heard of the 75-year-old owner of Hull City. You may have read about him, too. He is the man who launched a thousand headlines after going public with his desire to alter the club’s name to Hull Tigers, having viewed it as a more marketable brand. Some have labelled him a dictator, others call him crazy. But what about the man behind the bluster? Talk to those who know Dr Allam and a very different picture begins to emerge. He is, they say, generous to a fault, polite and kind.” BBC

“The fixture list has been contrasting for the two teams as they’ve both endured disappointing starts to the campaign. On paper, United had a relatively easy start to the season but in reality it has been far from smooth sailing as they’ve tried to find their feet under Van Gaal. For Everton, playing Arsenal, Chelsea, Liverpool and United all in the first 7 games isn’t what Martinez would have wanted and their low points tally heading into the game represents just that. As it stood both sides would have fancied their chances of obtaining a result ahead of the International break.” Outside of the Boot

“Or, to put it another way: Mauricio Pochettino 1, Mauricio Pochettino 0. Against a team crafted in his image, against a club he abandoned in the summer, this was a match that Tottenham Hotspur’s manager dared not lose. Thanks to a performance of real substance, they did not. It was flawed and it was nervous, but Tottenham stood firm, which is not something we have always been able to say about them.” Telegraph

“If you can meet with triumph and disaster and treat those two imposters just the same… A Kipling today might have been tempted to add: You’ll be a successful football manager. For his words possess a sympathetic ring for England boss Bobby Robson. He took his battered, depleted England squad off to South America under round condemnation for the manner — rather than the size — of a 2-0 Wembley defeat by the Soviet Union. He returned with a balanced record of three games played, one won, one drawn and one lost. Respectable by any light. Doubly so in general, international opinion because of that 2-0 victory over Brazil in Rio de Janeiro. Yet critical echoes accompanied Robson and Co on the long flight home from Santiago because the ensuing displays and results against Uruguay and a dismal Chilean Olympic team didn’t match up to the expectations raised in Maracana.” In Bed With Maradona