“If Arsenal’s deadline-beating transfer activity is once again going to be unflatteringly compared to a trolley dash, there is every chance the wheels picked up speed after the Champions League group-stage draw in Monaco.” BBC

“Last weekend, on August 17, NBC launched its new coverage of the English Premier League, after paying $250 million for the television rights to every soccer match played in the EPL over the next three years. Fox had been paying a third of that price to air a much smaller slate of games than NBC will. NBC’s execs seemed to have made a big gamble, betting that flooding the American market with English soccer would draw casual viewers in, boost NBC’s ratings, and increase the sport’s exposure in the U.S. The reward was the highest overnight rating in U.S. history for a Premier League season opener.” The Atlantic

“Michael Carrick has emerged as a key player for Manchester United in recent seasons. The English man has often failed to get the recognition he deserves as he has become the mainstay in what can at times be a thread bare United midfield. Against Liverpool though he’ll have a tough job on his hands as he sits deep against three mobile and possession based midfielders.” Think Football

German teams to face tough oppositions in the Europa League 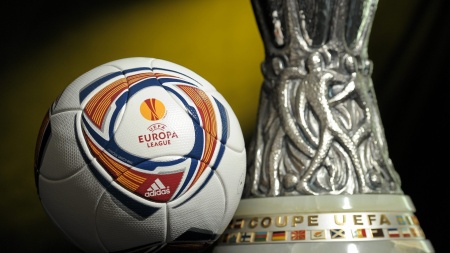 “Today’s Europa League draw in Monaco ended in disappointment for VfB Stuttgart. The Swabians had a chance to be drawn as the team replacing Fenerbace Istanbul, but were unlucky. The two German teams were also handed tough oppositions in the group stage, but both Eintracht Frankfurt and SC Freiburg are in with a good shout of surviving the group stages. Christian Streich’s Breisgau Brazilians have probably been handed the toughest draw out of the two German teams. Freiburg are going to face off against two-time Uefa Cup winners FC Sevilla, three-time Czech champions Slovan Liberec and GD Estoril. Frankfurt on the other hand side are facing 6 times French champions and Uefa Cup finalists Girondins Bordeaux, 2012 Champions League quarter finalists APOEL Nicosia and Maccabi Tel Aviv.” Bundesliga Fanatic

“10 — Liverpool v Manchester United — Premier League, 2009: While the two sendings off in this 2-0 win for Liverpool happened in the 89th and 90th minutes, thus rendering them slightly irrelevant to the result of the game, the recipients of those red cards are worth noting. Something about this fixture clearly makes the blood of Nemanja Vidic and Javier Mascherano rise, for the pair managed to get themselves sent off five times between them, and in this Anfield encounter they both received their marching orders. One pictures them standing together in the tunnel, glancing at each other with a couple of ‘One of those days’ looks on their faces.” ESPN

Statistical Analysis: How badly do Manchester United need to sign a new winger?

“Manchester United are a side that has traditionally played with a lot of width. From George Best, to David Beckham, through to Cristiano Ronaldo and even the ever present Ryan Giggs, the club have always possessed quality wingers in abundance. That however has not been the case in the last two seasons or so. United’s wingers have gone from being a primary strength to arguably their greatest weakness. So does David Moyes need to sign a new winger for United?” Think Football