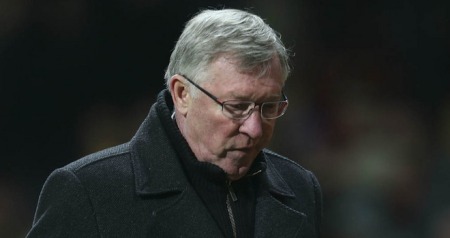 “Perhaps Sir Alex Ferguson’s greatest gift, certainly the one that has maintained him at the top of the British game for 35 years, has been his ability to evolve. No side he has managed has ever been good enough to satisfy him; he has always been willing to cut and adapt. Probably the most shocking change came in 2000. United had won the Treble the previous season and they were 10 points clear at the top of the Premier League when they met Real Madrid in the quarter-finals of the Champions League. No game since the Premier League came into being has arguably had such tactical ramifications.” Guardian – Jonathan Wilson (Video)

End of an era as Ferguson calls it quits
“One of the most momentous eras in world club football is about to draw to a close with the retirement, in 11 days’ time, of Sir Alex Ferguson as manager of Manchester United. United confirmed his departure – to become a director and club ambassador – after a rush of sudden overnight speculation.” World Soccer

Alex Ferguson retires: Manchester United prepare for life with David Moyes but aura of a ‘mad man’ will remain
” All that drive, all that competitiveness, all those early starts to get on with plotting campaigns and all those late nights to keep on plotting triumphant campaigns. All the teams built and rebuilt, all those rivals seen off and trophies claimed. Ferguson slept little and won loads. Year after year, season after season. And now it is over. English football will seem so different in the post-Ferguson era. It will feel like Trafalgar Square without Nelson. As a manager, Ferguson was inimitable. David Moyes, a sound appointment as his successor, must be himself when assuming control of Manchester United, not seeking to replicate his more illustrious compatriot.” Telegraph – Henry Winter

A Few Thoughts on Ferguson
“We’ve been preoccupied with term papers the last few weeks, but this is important. Alex Ferguson retired this morning, meaning that the long summer we’ve grown accustomed to slipped into Winter before we even had a chance to catch up on Doomsday Preppers. Ferguson, austerity embodied, was never the type to arouse any sort of intense passion. Besides a few Chicharito-induced flirtations, notable for being as fervent as they were fleeting, I had no relationship with Manchester United, nor any practical concern for their well-being. To a certain extent, that’s a result of the indifference that follows unattached fans, but perhaps more so, evidence of my casual disdain for successful clubs.” Futbol Intellect

Sir Alex Ferguson’s highs and lows
“Even when reaching the standards that Sir Alex Ferguson has maintained at Manchester United, there have been moments of crashing disappointment that match the crazed highs. Ferguson, though, has used the failures as fuel to fire his successes.” ESPN (Video)

David Moyes a safe choice for Manchester United but comes with risk
“There is a paradox in the employment market, something anybody who has ever applied for a first job, or tried to step up to the next level in their chosen career will have experienced — and that is the issue of experience. It’s understandable that employers want employees who have experience, but if you haven’t got it, how are you supposed to get it if nobody will give you a job without it?” SI – Jonathan Wilson

Man United Alex Ferguson retiring at end of season
“Alex Ferguson is retiring at the end of the season, bringing a close to a trophy-filled career of more than 26 years at Manchester United that established him as the most successful coach in British football history.” SI (Video)

Dortmund: The Class of 97

“Football Hipsters rejoice! Borussia Dortmund are into the Champions League final! Even more brilliantly for those ‘Bundesliga-philes’ out there, they are taking on league rivals Bayern Munich, a team many are tipping to claim Barcelona’s throne as the most exciting and dominant team in European football for the foreseeable future. ‘FC Hollywood’, as Bayern are known by many fans are exactly that – a team of stars to rival the great.” Outside of the Boot

What has happened to Mainz?

“After looking to be heading towards a European spot before the winter break, 1. FSV Mainz have become one of the most inconsistent team in the Bundesliga and have slipped to tenth in the League with two matches remaining, winning just once since January. Coach Thomas Tuchel’s Mainz ended the Hinrunde on a high note, beating VfB Stuttgart 3-1 in December and held the sixth position going into winter break with an 8-2-7 mark (albeit only by a point over Schalke, Borussia Mönchengladbach and the Swabians). Thus, the question is; where did it all go wrong?” Bundesliga Fanatic 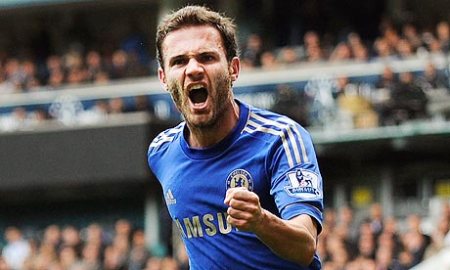 “The Europa League has long been regarded by leading clubs as a poor relation to the far more lucrative Champions League, but Chelsea’s prodigious efforts after parachuting in to the junior competition might just give pause for thought, as they will end up earning more from Europe this season than any other English club. Although they earned €5 million less than Manchester United from the Champions League after exiting at the group stage, they will receive at least €6.5 million from the Europa League, even if they lose the final. If they repeat last season’s victory in the Champions League, the sum earned will rise to around €9 million.” The Swiss Ramble

An Andalusian Summer Of Magico

“While South Americans have dominated Spanish soccer for decades, much rarer is the successful player from the Northern half of the hemisphere. For every successful Mexican like Hugo Sanchez and Rafa Marquez, a disappointing Omar Bravo returns home with his tail firmly tucked between his legs. For Central Americans, the numbers are even sparser. And that’s why Jorge Alberto “Magico” Gonzalez’s 1983 season at Cadiz was so unforgettable.” In Bed With Maradona

Tactical Analysis: Do Chelsea need to play with more width?

“There have been a number of issues with Chelsea this season which saw them go from league contenders to trying to ensure a top four finish in the space of half a season. Chelsea have a lot of quality in their squad as they have shown by taking 16 points from a possible 24 in their 8 fixtures against top 6 opposition this season. But, one lingering weakness has been a consistent lack of width in their side.” Think Football