A Profile of Pep Guardiola: What Bayern Munich Can Expect from the New Boss 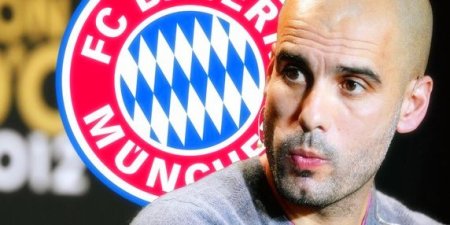 “Today’s announcement of Pep Guardiola as new Bayern München coach for the next season will most likely have every single Bayern fan dancing around their living room. To many it might come as a surprise, but to those of us lucky enough to have seen Guardiola rise from a young kid pushing for a place in Johan Cruyff’s Barça in the early 90s to one of the most successful coaches in football, it all makes sense.” Bundesliga Fanatic

Pep Guardiola confirmed as Bayern Munich coach on three-year deal
“Bayern Munich have announced that Pep Guardiola will become the club’s new coach when Jupp Heynckes’ contract expires this summer. Bayern revealed that Heynckes, 67, will stay on in his post until the end of this season before retiring, at which point the former Barcelona coach will take over on a deal that runs until June 2016.” Guardian

Directors of Football: The Case for the Defence

“Drectors of football have a pretty bad rep in English football – as illustrated by our article last week on their role at lower league clubs. There have also been plenty of inglorious appointments further up the tree, including Damien Comolli at Liverpool and Dennis Wise at Newcastle United. But there have been success stories. Nicky Hammond at Reading has been courted by Arsenal. West Bromwich Albion’s Dan Ashworth was poached by the FA. The latter’s replacement was appointed earlier this month; Richard Garlick has big boots to fill at The Hawthorns. But what factors have made the roles performed by Hammond and Ashworth a success?” thetwounfortunates

“Ghana, a power house in African football, are seen as clear favourites to top this group; whilst Mali and DR Congo also will probably contest the second qualifying slot. Niger can be classified as the underdogs as they don’t have the quality to match the other teams in this group, but in AFCON there is always room for a surprise. The game between Congo and Mali could prove crucial for both sides, who as stated will want to qualify second, behind an experienced and talented Ghana side.” Think Football

“Zambia are the defending champions going into the 2013 AFCON tournament, which will be their 16th appearances in the AFCON. Their unbelievable underdog victory against African footballing fiants Cote D’Ivoire last time round captured the imagination of football fans Worldwide, leaving many fans to wonder how the Zambians can fare in South Africa. On the 27th of April 1993, the Zambia national team were on their way to play Senegal in a World Cup qualifier when the plane crashed and killed all 18 players on board, plus the coach and backroom staff. That team was the best Zambia has ever had and potentially one of the greatest in African history.” Think Football 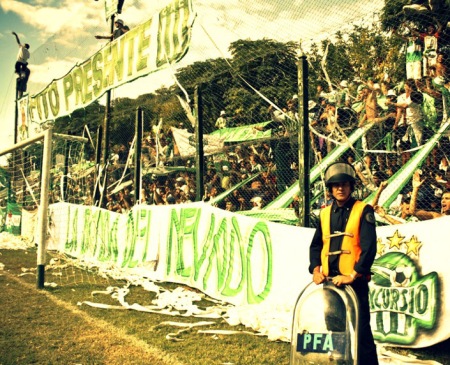 “It is the 24th of April 2000 in Argentina, and the turn of a new millennium has seen the continued upturn in fortunes of Club Atlético Excursionistas, a Primera C side who have racked up ten successive victories under director técnico Néstor Rapa. Sitting pretty at the top of the table, they have a home clash versus Club Comunicaciones at Pampa y Miñones, the 8,000 capacity ground that hides, camouflaged, in the Belgrano neighbourhood of Buenos Aires.” In Bed With Maradona

“It’s peculiar that a disappointing first half, followed by a positive showing after the break, is consistently regarded as a ‘promising’ display — even if it ends in defeat. Perhaps the improvement points the way forward for future matches, but is it any easier to recreate a second-half performance than a first-half performance?” ESPN – Michael Cox

“The Frank Lampard affair which seems all too likely to spill over into the John Terry and Ashley Cole contretemps brings into focus again the whole complex matter of age. Who is too old and who too young for success in a football team? It is that once elegant centre back for Scotland and Liverpool Alan Hansen who has told us on television ‘You’ll win nothing with kids’.” World Soccer – Brian Glanville