Nietzsche – Twilight of the Idols

“Through the years many football managers have been known to put the fear of God into their players, but there has been only one who has terrified them by killing off God completely. I’m talking of course about the great European coach of the mid-1800s, Friedrich Nietzsche. The ‘God is dead’ story is the stuff of legend but first let us take a look at the, sadly neglected, early career of arguably the first great European manager.” Fisted Away

Off the ball movements

“Nice video of Barcelona’s off the ball movement here…” YouTube

“Even with an XI resembling a reserve side, Manchester United were extremely comfortable against Schalke, and will face Barcelona at Wembley later this month. Sir Alex Ferguson made numerous changes to his side, rotating hugely ahead of the weekend visit of Chelsea. Dimitar Berbatov made a rare European start upfront, whilst Nani and Anderson were other notable starters. Ralf Rangnick brought in Sergio Escudero and Benedikt Howedes, and started Julian Draxler in place of Edu, which meant that Raul moved further forward.” Zonal Marking

A Love Note To the Copa Libertadores 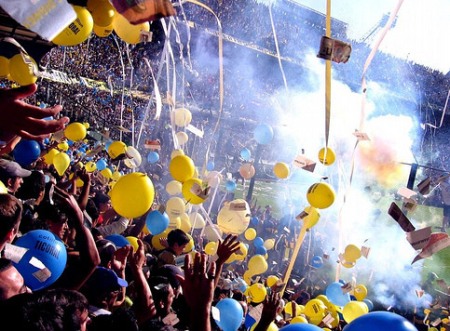 “IBWM’s man in Buenos Aires on why South America’s leading club competition is so much more than a Champions League equivalent.” In Bed with Maradona

“All they had was 20 minutes. It was February 10, 1999 and Italy were sparring in a friendly against Norway under the leaning tower of Pisa when Dino Zoff threw on a 22-year-old Francesco Totti to play alongside Roberto Baggio.” FourFourTwo

“El Diego and Michel Platini on the same pitch. And who do you think came out on top? Something was beginning to happen in Southern Italy.” In Bed With Madadona