“Although Milan more than played their part in last week’s thrilling 2-2 draw at the San Siro against old rivals Real Madrid, especially the effervescent Pippo Inzaghi, it is fair to say that the rossoneri have started the season in somewhat inconsistent fashion, having already suffered painful defeats against Cesena and Juventus in Serie A and only winning one of their four Champions League games to date (at home against Auxerre). It remains to be seen whether Milan can mount a challenge for honours this season, but the early signs are not overly convincing.” (The Swiss Ramble)

The only coach who loves la Liga life

“A growing and probably quite unhealthy obsession with the concept of Unai Emery caused La Liga Loca to spend Monday musing whether the Valencia manager actually enjoyed his job. It certainly didn’t look like it during the 2-0 loss to Sevilla, Emery watching Mehmet Topal’s rather harsh sending-off scupper any chance of success in the Sánchez Pizjuán.” (FourFourTwo)

Musings on Madrid
“Just in case you wanted to know, Atletico Madrid’s veterans stuffed Real Madrid’s 7-0 on Friday afternoon, and Ricky Carvalho beat Diego Forlan 1-0 in the FIFA 11 (virtual) game in a Madrid hotel the same day. The scorer was Ronaldo, of course. Interestingly, in the real thing on Sunday night, Carvalho opened the scoring and Forlan failed to find the net, but the Uruguayan was at least remaining faithful to tradition. Atletico have now failed to beat their neighbours in the Madrid ‘derbi’ since the 1999-00 season, and often stand accused of not really going for it, particularly in the Bernabeu.” (ESPN)

Accounting Battle Distracts From Barcelona’s Success
“Johan Cruyff, the Dutchman who both played for and coached F.C. Barcelona, once noted that, in soccer, ‘it doesn’t matter how many goals they score, as long as you score one more.’ Winning, however, has not been the only thing that has mattered recently at Cruyff’s former club. Instead, one of Barcelona’s most successful presidents, Joan Laporta, found himself last month on the receiving end of a lawsuit initiated by his successor, Sandro Rosell, alleging unlawful accounting.” (NYT)

“Earlier this year, I cracked like a soft-boiled egg. Fed up with losing three hours of my life to the navigation of a pretend pre-season, I wrote THIS. Now, in blogging terms, criticising Football Manager is sacrilegious, the equivalent of taking a red pen and scribbling, “3/10 could do better” on the inside of a bible. You just don’t do it. But the strange thing was that people agreed with me. From around the world, new players and old sent little messages thanking me for vocalising their growing concerns. Of course, a great many more called me some very mean names while Miles Jacobson, head honcho of the series, got in touch to pointedly direct me to the iphone version if I ‘just wanted a game.’ I don’t blame him. If I’d devoted my life to creating the most realistic football simulator in the history of gaming, I’d doubt I’d have appreciated having a snotty journalist tell me that it was too realistic. Thank God then that Football Manager 2011 is a such an emphatic return to form.” (Iain Macintosh)

“Two similar systems and little creativity in open play. Top of the table Lazio set up with a 4-3-1-2 formation, a shape they’ve used in roughly half of games so far, the other option being a 4-2-3-1. Tomasso Rocchi started his first game since mid-September upfront alongside Sergio Floccari, whilst Guglielmo Stendardo started in place of the suspended Giuseppe Biava at the back.” (Zonal Marking)

Sevilla 2-0 Valencia: Emery doesn’t change despite red card, both Manzano subs score
“Sevilla eventually broke through after Valencia’s Mehmet Topal was sent off in the first half. For the home side, only Martin Cacares remained from the back four that conceded five goals at the Nou Camp last week. Further forward, it was the same midfield and attack, with Frederic Kanoute pushed up closer to Luis Fabiano.” (Zonal Marking) 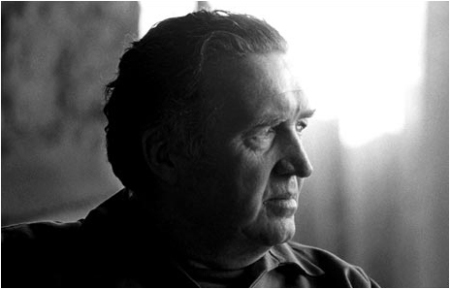 Jock Stein
“This week’s Video Of The Week sees us return to the BBC’s Match Of The Eighties collection for the final episode in the series, for the 1985/86 season. The season before had been the one in which English football had finally been found out with the twin tragedies of Valley Parade and Heysel exposing the extent of the rottenness at the core of the game. English clubs were banned from European competition indefinitely and, as if to mark the fall from grace of the game, a dispute over television rights meant that no live matches in the First Division were shown until Christmas.” (twohundredpercent)

“Beginning with this installment, the Goal blog is inaugurating a new feature that offers a statistical (courtesy of OPTA) and graphic representations of select matches from the European Champions League. At the end of each week when matches are played, the editor of zonalmarking.net, will provide analysis powered by the Total Football iPhone/iPad app, which is available at totalfootballapps.com and the iTunes App Store. Similar Chalkboards can be dissected at the Web site of the Guardian of Britain and at the zonalmarking Web site.” (NYT)

“So here we are after 11 games, all the SPL teams have now played each other, and it’s time to reflect on the early season title race, ahead of Wednesday’s big match on ESPN – Hearts v Celtic. It should be a cracker. Right, let’s start at the top – Rangers. Things could hardly have gone any better for Walter Smith’s side and Sunday’s victory at St Mirren Park on ESPN put the Gers back on top of the table. Only one slip up to date (a home draw with Inverness) has Rangers ahead of Celtic by one point. The question remains though – do Rangers have the stamina to stay there?” (ESPN)

Ref or end ‘em: Scottish football shrouded in refereeing controversy
“Nani’s recent goal for Manchester United against Tottenham caused a frisson of controversy in England. But you think Mark Clattenburg has it bad? Try refereeing Celtic or Rangers in Scotland. Making his debut for Just Football we welcome William Heaney who has more…” (Just Football)

“This weekend Argentines were in fine form in Spain, Portugal and Mexico, whilst in the USA a Boca Juniors legend might have played his last game, as Guillermo Barros Schelotto’s Columbus Crew exited the MLS playoffs. The selección’s first-choice centre back pairing both had poor weekends, though. Martín Demichelis’ Bayern München dropped points, whilst Walter Samuel injured his cruciate ligaments and will miss the match against Brazil later in the month, as well as quite some time thereafter. All this and more, right here…” (Hasta El Gol Siempre)

“No huge changes to the Ligue 1 table after Round Twelve of the French season as all the leaders failed to win. Brest began the weekend top of the standings but were blown away by a resurgent Lille who went ahead late in the first half through Moussa Sow. Lille had the better chances in the first half but had to wait until Emerson was sent down the left and his cross was half blocked by Johan Martial, diverting it onto Sow’s forehead a mere two feet from goal. He couldn’t, and didn’t, miss. Six minutes after the break, an intricate passing move ended with Gervinho free in the penalty area to tuck away the second, the Brest defence looking at each other bewildered as Lille’s one-touch passing guided the ball through them at speed.” (In Bed With Maradona)