Booth, Fish, and Me: Playing While White in Africa 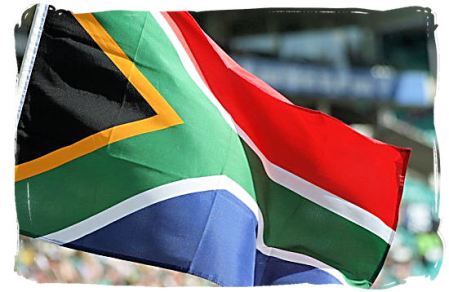 “You don’t run into a lot of Irish folks in Africa. Lots of Canadians, Norwegians, Japanese, and Australians but very few Irish. Maybe that helps to explain why Sport Against Racism Ireland was among the groups who, during June’s Confederations Cup in South Africa, were quick to assume that predominantly black crowds were booing the lone white player on the South African national team Matthew Booth.’ In fact, the crowd was celebrating Booth by enunciating and elongating his name: ‘BOOOOTH.’ The sounds are certainly easy to confuse. But the meanings could only be confused by anyone who hasn’t spent much time in Africa.” (Pitch Invasion)

“I’m probably the most unlikely soccer/football fan in the world — probably because I’m from rural Mississippi. I studied international politics at Georgetown University, and did some research on the World Cup and sports diplomacy. I’ve never played competitively, but I’m a world traveler and have a habit of playing in pickup games in the strangest places, like in the courtyard of a castle in Slovakia and at a bus stop in Cambodia.” (NYT)

“Something new for you now on SPAOTP. Here’s Sp3ktor with the first in a regular series of round-ups on Italian football – and what better way to start than a look at each of the twenty participating clubs.” SPAOTP

“A fair few, would be the short answer, and we have already covered testimonials gone bad in the Knowledge before, but a few stand-out examples do spring to mind and none more so than QPR’s fracas with China’s Olympic team in 2007. China had been holding a two-week training camp in England, but seven players had to be sent home after a brawl that involved almost every player on the pitch plus a number of coaches and bystanders.” (Guardian)

“Ah, Sir Tom Finney, one of the finest exponents of footballing skill ever to wear the shirt of England is a living legend. A gentleman and a true star of the post war game, Finney epitomises everything that was great about those halcyon days of English football. Born in Preston, in 1922, Finney is a rare breed of footballers that saw active service in the Second World War and continued playing up to 1960.” (EPL Talk)

Xabi Alonso transfer to be decided on Monday

“Here’s the latest European Transfer News on Liverpool player Xabi Alonso and his intention to transfer to Real Madrid. Alonso transfer to be decided on Monday – Xabi Alonso is due to fly back to Spain with Liverpool on Saturday as the negotiations over his possible transfer drag on.” (The 90th Minute)

“Gordon Strachan claimed in the aftermath of Celtic’s 5–0 defeat to Artmedia Bratislava four years ago that his new club could still win the tie by virtue of an astonishing second-leg reversal. ‘Maybe you’ll want to put a dunce’s hat on my head, but that’s what I believe,’ said the manager. ‘Happy to oblige, Gordon’ read the sub-headline in a Scottish tabloid; Strachan had briskly realised, as he later and colourfully acknowledged, that judgments move on to a different level where the Old Firm are concerned.” (Guardian)