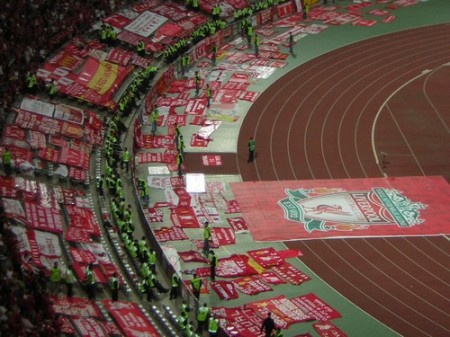 “Steven Gerrard responded perfectly to having his early season form questioned by boss Rafael Benitez when he belted Liverpool’s winner at the Reebok. But the visitors were made to fight desperately hard by a Bolton side who were down to 10 men for much of the second period.” (ESPN)

Bolton 2-3 Liverpool FC: Full Time Match Report
“STEVEN Gerrard responded perfectly to having his early season form questioned by boss Rafael Benitez when he belted Liverpool’s winner at the Reebok. But the visitors were made to fight desperately hard by a Bolton side who were down to 10 men for much of the second period. In fact, Gary Megson’s men had been ahead twice through Kevin Davies and Tamir Cohen, and Liverpool only really got on top when Sean Davis was dismissed for a second bookable offence.” (Liverpool Daily Post)

Rafa Benitez may move Steven Gerrard back into midfield to kick-start Liverpool FC’s season
“RAFAEL BENITEZ is considering moving Steven Gerrard back into central midfield as he strives to kickstart both Liverpool and their skipper’s season this afternoon. Benitez’s side travel to pointless Bolton Wanderers aiming to bounce back from the shock 3-1 home defeat against Aston Villa on Monday night.” (Liverpool Daily Post)

Liverpool FC at the ‘must win’ stage already
“IT sounds daft to say it so early in the season but today’s match at Bolton really is a must win game. Two defeats in the first three games isn’t the start any of us were expecting and the players have to put things right. Teams have won the league despite losing five games in recent years but there is now little room for error if we are going to challenge at the top.” (Liverpool Banter)

My Liverpool FC players will show true colours – Rafa Benitez
“THERE has been plenty of soul searching going on at Melwood this week. Manager Rafa Benitez didn’t need to tell his players that they let themselves down during Monday’s 3-1 defeat at the hands of Aston Villa.” (Liverpool Echo)

Bolton 2 – 3 Liverpool
“Liverpool twice came from behind to beat a stubborn Bolton side, who had Sean Davis harshly sent off. Kevin Davies put the hosts in front when he tapped in from a corner only for Glen Johnson to equalise with a low shot into the bottom corner.” (BBC) 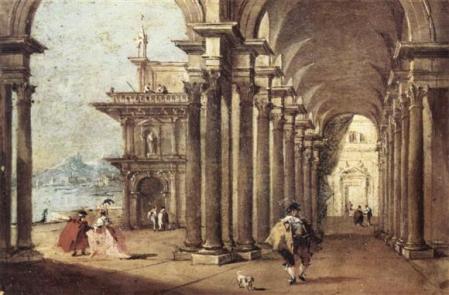 Francesco Guardi
“FC Barcelona won the UEFA Super cup for the third time in history with a 1-0 victory over Shaktar at the Louis II stadium in Monaco. A late Pedro Rodriguez strike in the second half o the extra time was the difference between the two sides.” (All About FC Barcelona)

How Significant is Barca’s Super Cup Victories? “FC Barcelona has added two more silverware with the victories at domestic and European super cup. Some claim this as two more trophies to an already silverware packed last season, whereas some sees this as two more trophies to a bright looking this season; It all depends on how you view it. Last season FC Barcelona comfortably won the Champions League, La Liga and Copa Del Rey title.” (All About FC Barcelona

Pedro, Prince of Monaco (1-0)
“A goal in the nick of time from the Canary Islander in the second half of extra time has handed Barça their third European Super Cup. Now we can talk of a brand new Barça of the Five Cups. 57 years later, Barça can once again boast a ‘Team of the Five Cups’. Like that legendary side led by the great Ladislau Kubala in 1952, Guardiola’s team has won all five tournaments possible in 2009. The Cup, the League, the Champions League and the Super Cups of both Spain and Europe.” (FC Barcelona)